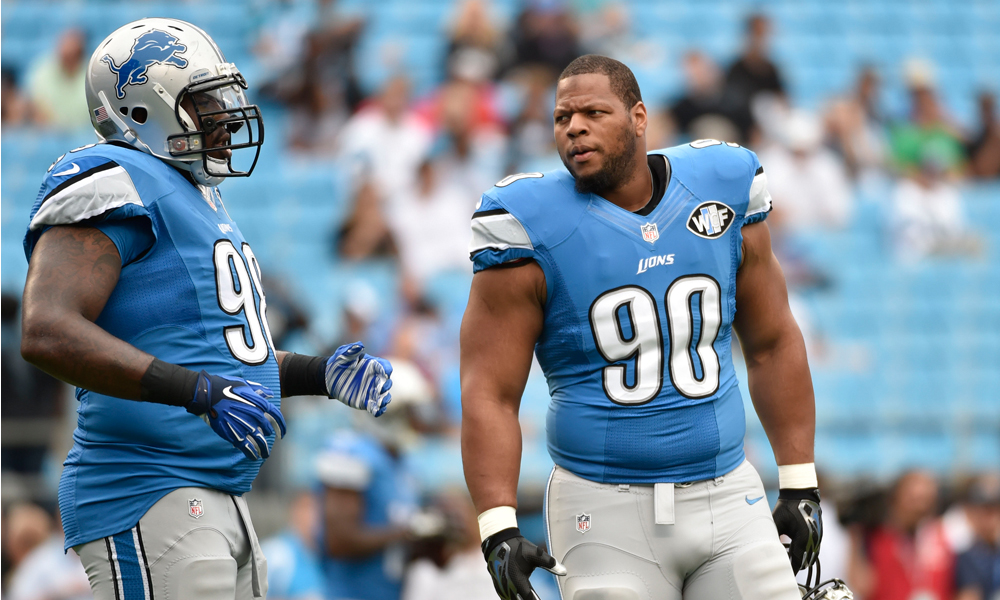 Detroit Lions defensive tackle Ndamukong Suh earned his fourth Pro Bowl selection this season. The 6-foot-4, 305 pound specimen will be testing free agency this off-season. Despite his troubled past, Suh is likely to receive a big payday.

Will Suh receive his anticipated top dollar deal in the Motor City?

Well, as of right now it seems very unlikely. Much of Detroit’s salary cap is already tied up in Matthew Stafford and Calvin Johnson. If the Lions use their franchise tag on Suh it would cost them $26 million for 2015, which would severely limit their ability to improve in other areas.

“At any cost? No, I wouldn’t say that,” Mahew said.” He certainly is a big priority for us.”

After finishing the regular season 11-5, Detroit’s season ended in heartbreaking fashion as Dallas defeated them 24-20 in controversial fashion. It would be disappointing for Lions fans if Suh’s career in Detroit ends this way, but they may as well prepare for their fate.

At 28 years old, Suh isn’t getting any younger as he enters his prime years.  During his five seasons in the silver and blue, Suh has accumulated 36 sacks, with 8.5 of them coming this past season, which led the team. He also led all defensive tackles in quarterback hurries with 35, according to Pro Football Focus.

If Suh were to leave, where could he land?

Reports earlier in the season indicated Suh has great interest in playing in New York with the Giants, which he vehemently denied.

“I cannot address that [report] just from the simple fact that I have not spoken to any reporter about it or any reporters about supposedly what has come out,” Suh said.

The appeal of the Big Apple is obviously apparent. It would increase Suh’s profile to heights he’s never seen before, which could actually be a bad thing if he doesn’t change his “dirty guy” image. If he were to pull off similar antics in New York, he might end up without a spot on an NFL roster.

While New York gives you great opportunity to become an icon, it’s not for everyone. Teams like Chicago and Dallas could possibly express interest in Suh as well.

In order for Dallas to have a realistic shot, they would have to cut someone big or restructure some contracts.

Chicago could use any improvements on the defensive side of the ball. The Bears finished 30th in total defense, allowing 27.6 points and 377.1 yards a game.

For Suh to land in Chicago, new general manager Ryan Pace would have to make him the highest paid player on their defense.

The big fella hasn’t given us any indication of where he might end up, so we’ll have to wait on his agent.

“It’ll be Jimmy’s decision, so we’ll go with that,” Suh said. “You can call Jimmy if you want to.”

One way or another, Suh’s decision could impact several teams in the NFL.