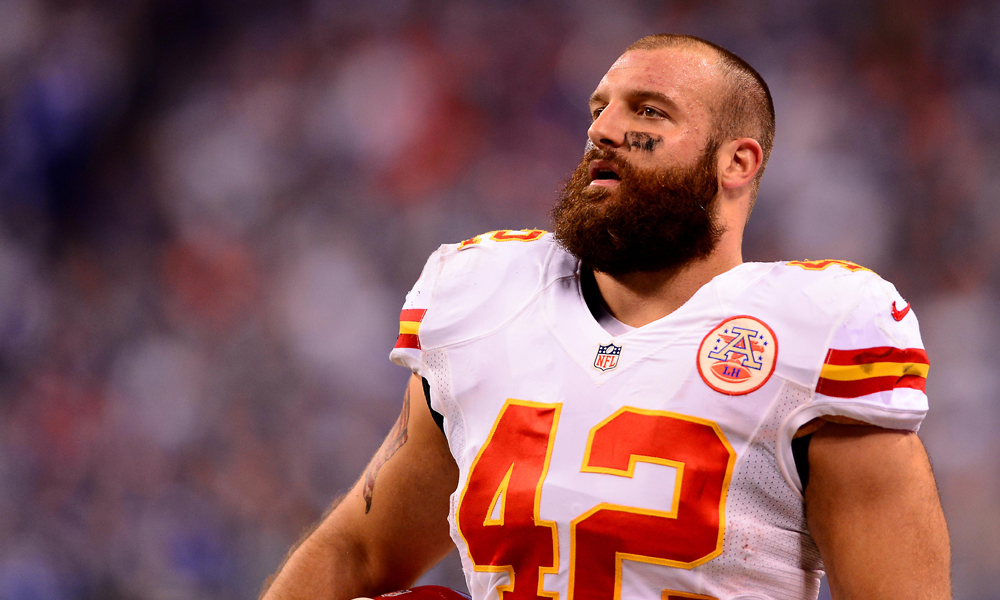 Your father’s fullback is an extinct species. Gone are the days of the Daryl “Moose” Johnston-type blocking fullbacks consistently opening up holes for Emmitt Smith to run through.

Originally, the term fullback just meant the depth at which a back was positioned. This is also why halfback and quarterback are named the way they are. In the genesis of football, the fullbacks were the smaller speedier backs; however, at the beginning of the 20th century the term fullback didn’t just mean where a player was positioned, but also identified what role the player was used in. The role of the fullback changed from being positioned the farthest away to the line of scrimmage to a player lined up at the same depth as the halfbacks, illustrated by the Straight-T offenses at football’s inception. This also led to the fullback’s ideology changing.

Over time, fullbacks changed from small, speedy backs to heavier types of players, who are used to run straightforward most of them time. There were many great ball carriers that were designated as fullbacks such as Jim Brown and Larry Csonka. Nevertheless, as time wore on, fullbacks became more of a blocking position rather than a ball-carrying position, which led to players like “Moose,” Tony Richardson and Lorenzo Neal becoming the faces of the modern-day fullback.

These days, it’s more likely that a 6’1, 200-pound wide receiver is brought in to block on running players rather than a fullback like “Moose.” The main reason for this is all about creating matchups. When a fullback is in the game, which usually indicates 21 (two running backs, one tight end, two wide receivers) or 22 (two running backs, two tight ends, one wide receiver) personnel, opposing teams will stay in their base defense (unless it’s on the goal line), which puts the best run defenders on the field for the defense. In the best-case scenario, the fullback’s job (on most occasions) is to engage with a linebacker and move them out of the hole or crease. However, if a team takes out the fullback and brings on a wide receiver (making three on the field), it will likely lead to the defense going to their nickel package, taking a linebacker off the field for a defensive back, or they risk being significantly exploited in the passing game.

In essence, the best fullbacks block a linebacker out of a play, but an extra wide receiver forces the defense to take the linebacker off the field. There is less risk if the wide receiver misses his block than if a fullback misses his. A running back is much more likely to break the tackle of a defensive back than that of a linebacker.

Another reason for the decline in the use of traditional fullbacks has been the evolution of the H-back, which in basic terms is a hybrid fullback/tight end. The H-back is a player who displays an adequate ability to block from the backfield and inline, but also has the necessary athletic ability to be a threat in the passing game. This player can line up along the line of scrimmage as a traditional tight end would or in the backfield where a traditional fullback would. The reason for the rise in this type of player is to create mismatches in the passing game for offenses. They are giving up a little bit in the run-blocking department to gain a lot in the passing department. The H-back is used as a chess piece by offensive coordinators as it can help disguise schemes and confuse defenses. Former Washington Redskin Chris Cooley was a great example of a player who was utilized as an H-back throughout his career.

Presently, fullbacks are used mostly in short-yardage situations, whether it be on the goal line or with a down and distance of less than two yards. In these situations, teams like to get all of their best-run blockers on the field to get the push necessary to get the first down or touchdown. Therefore, most fullbacks aren’t playing more than 10-15 offensive snaps per game.

However, there is still immense value in having a great run-blocking fullback on the roster. As the Dallas Cowboys’ game against the Seattle Seahawks showed, having a fullback could be extremely helpful to overpower faster defenses like Seattle’s. In the first half, the Cowboys were having some trouble getting things going in the running game. Since Seattle doesn’t get out of their base defense as much as other teams, the Cowboys struggled blocking their athletic linebackers in their singleback sets.

This led to the Cowboys only averaging 4.25 yards per carry in singleback sets, which was elevated by a 38-yard run from Joseph Randle. Without that run, the Cowboys only averaged 2.78 yards with only one running back on the field. Then, the Cowboys made the adjustment in the second half to use fullback Tyler Clutts in a lot of two-back sets, which matches up with the Seahawks’ base defense much better. This change jump-started the Cowboys’ rushing attack in the second half and led to them averaging 5.08 yards per carry out of the two-back sets. On the game-winning touchdown, the Cowboys used Clutts to spring DeMarco Murray on an outside zone for a 15-yard touchdown run.

Today, players like the Kansas City Chiefs’ Anthony Sherman and the San Francisco 49ers’ Bruce Miller are the epitome of what the fullback position has become: players that have a particular role and execute it to the tee.

With the evolution of the passing game in the NFL, teams will look for players who have the versatility to be threats in the passing and running games. However, as the Cowboys proved, there will always be a place in the NFL for smash-mouth football. As defenses get smaller and faster to combat the spread offenses that are making their way to the NFL, teams that are able to use a physical running style will be able to take advantage. The best way to combat an athletic defense is to limit their athleticism by putting them in small confined spaces where strength is a much more important attribute. One of the biggest assets of a physical running game is a fantastic fullback; therefore, the teams that continue to employ fullbacks will be able to carve out a niche in the NFL.

While the fullback position may be fading fast, it’s not time to pick out the tombstone just yet.