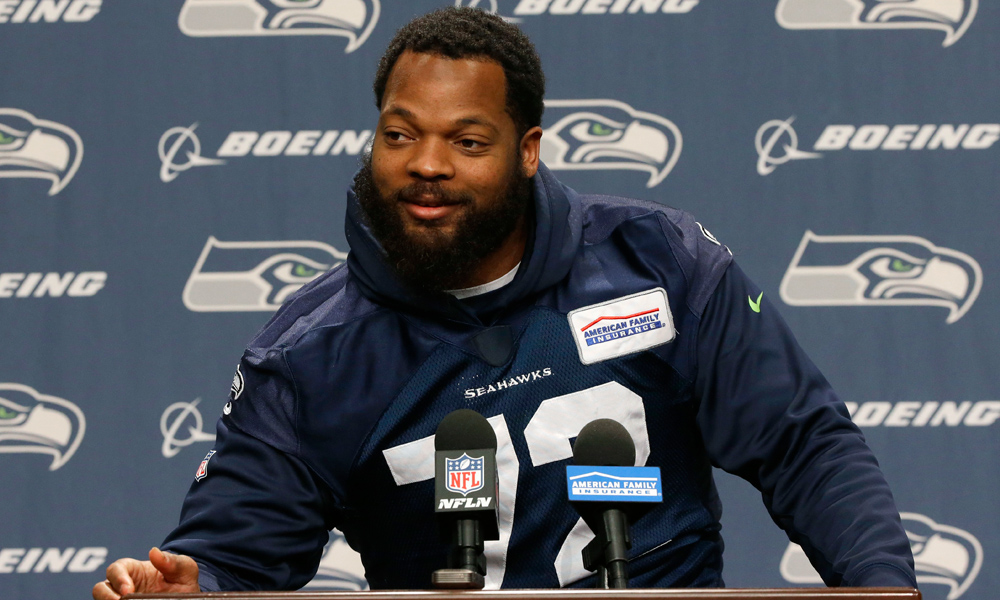 The true mark of a champion is being able to handle losing just as well as you handle winning. Every since Seattle won the Super Bowl three years ago, they’re starting to become known as sore losers.

When things aren’t going well, you’ll know it when seeing Seahawks players argue amongst themselves, which is exactly what happened yesterday in Atlanta. The top-ranked Falcons offense exposed Seattle’s secondary, as MVP candidate Matt Ryan completed 26-of-37 passes for 338 yards to go along with three touchdowns.

‘Matty Ice’ looked very comfortable in the pocket for majority of the night. Following the game, a reporter asked defensive end Michael Bennett about the lack of pass rush.

“We got a lot of pressure,” Bennett said. “He threw the ball really fast. There was some busted stuff going on so obviously you don’t know football. He threw the ball pretty fast. He did his thing. We rushed as good as we could. Don’t point and say we didn’t do what we needed to do, OK? Don’t do that.

The veteran wasn’t quite done.

For a team as talented as Seattle, they’re setting a poor example for younger kids looking up to them. You can’t take all the credit when things are good and not take blame for when you lose.

Dan Quinn Has “No Concern” With Julio Jones’ Foot

Brock Osweiler Promises To Clean Up Play In Offseason