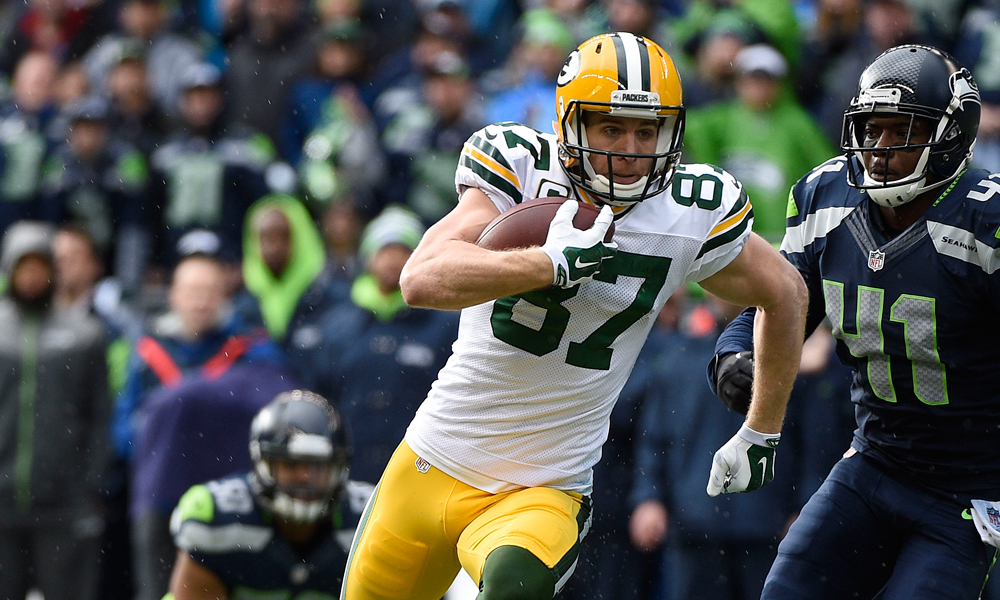 Early on during the Packers and Giants wild card matchup, New York defensive back Leon Hall took Jordy Nelson out with a controversial hit to the ribs. Nelson reportedly has at least two fractured ribs.

As the Packers prep for the Dallas Cowboys, Nelson’s status is unknown.

“Jordy Nelson has a rib injury,” head coach McCarthy said. “Talking with the medical staff, he’s going to be in the rehab group through Friday. And then Saturday, if he can practice, then he may have a chance. But we’re not going to do anything until Saturday. I’ll probably know more about where Jordy stands come Friday.”

Despite playing without Nelson, Aaron Rodgers and company managed to put up 38 points against one of the league’s top defensive units.

Deshaun Watson: “I Think It’s My Time To Go”