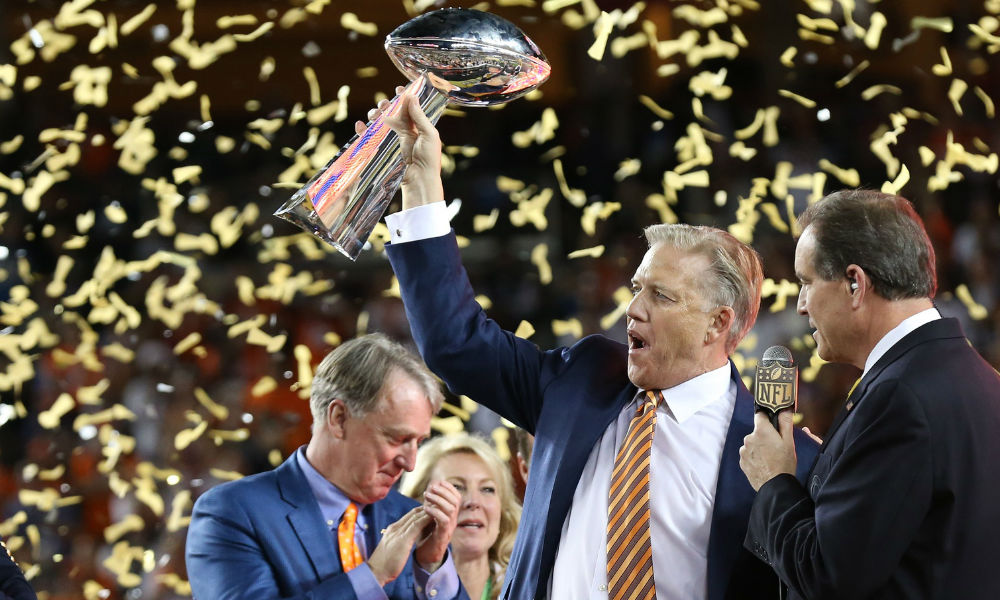 Day 1 of NFL Free Agency was a busy one as more than 100 players signed deals to either stay with their teams or move to new ones, potentially affecting the balance of power in the NFL.  Although most teams that participated have something to be happy or frustrated about, we’re going to look at the five biggest items that stuck out.  We begin with the defending Super Bowl champs.

There have been very few things that haven’t gone John Elway’s way since taking over as VP of the Denver Broncos.

To win a Super Bowl with a quarterback that couldn’t throw the ball down the field further than 15 yards was fortunate, to say the least.

It appears that Elway’s luck may be turning.

Elway was able to get defensive tackle Derek Wolfe to re-sign at what is now looking like an unbelievably team friendly deal.  That may have skewed the market in his mind and for whatever reason the Broncos couldn’t come to an agreement with outside linebacker Von Miller and were forced to give him the exclusive franchise tender.

That began a series of events which saw the decimation of the Denver roster with very few legitimate solutions.

Without Miller under contract, the Broncos had to place their faith in their negotiations with quarterback Brock Osweiler.  Unfortunately, bad feelings hovered as the former second-round pick was benched in favor of Peyton Manning, who was one of the worst starting quarterbacks in the NFL last season.

The Houston Texans opened up their checkbook and signed Osweiler to a deal that averages $18 million per season. Denver’s offer wasn’t close to that and when you add in the fact that Texas has no state income tax and the perceived slight from Osweiler, moving on was a no-brainer decision.

And now the Broncos are left scrambling at quarterback with only Trevor Siemian under contract.

We didn’t even mention that the team lost star defensive end Malik Jackson to Jacksonville, their best inside linebacker in Danny Trevathan to Chicago, and they were forced to release starting guard Louis Vasquez and AFC Championship Game hero, tight end Owen Daniels.

Elway obviously has a plan, but it’s unlikely at the beginning of the week that he thought he would lose the quarterback he spent four years grooming, and two of his best defensive players.