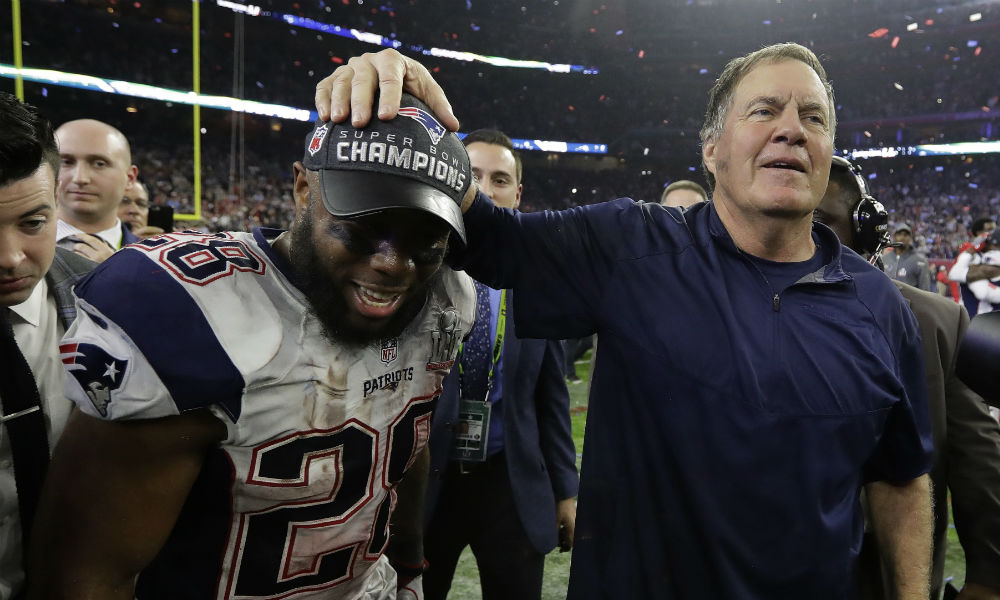 When the New England Patriots won their second Super Bowl title against the Carolina Panthers in Super Bowl XXXVIII, running back Kevin Faulk scored on a two-point conversion.

The play was identical to James White’s conversion in Super Bowl LI last week against the Atlanta Falcons. When Faulk saw the play, he was excited, to say the least.

“When he motioned into the backfield and was pretty close to the quarterback, I kind of knew it was coming. And when it happened, I was like ‘Yes!'” Faulk relayed from his Louisiana home. “That’s when my Twitter feed started going crazy, with people saying ‘That’s your play! That’s your play!'”

Head coach Bill Belichick doesn’t run the play often, but when he does, there’s a great chance that it’s going to work to perfection.

Jerry Jones Wants One Of Those “War Daddies”