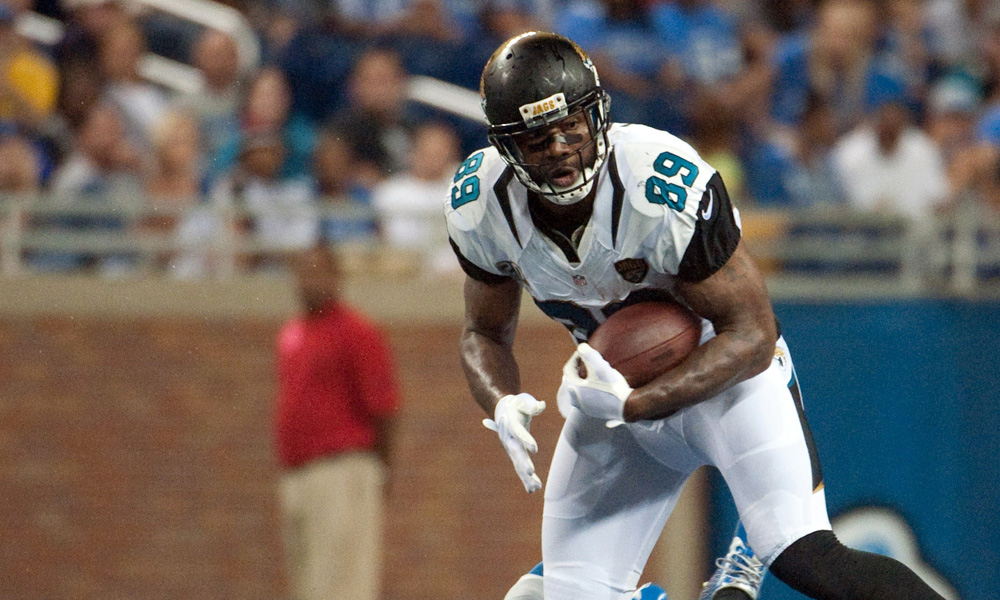 Sunday was an ugly day for the Jacksonville Jaguars as they were trounced, 41-10 by the Washington Redskins.  To add injury to insult, they will be without tight end Marcedes Lewis for 6-8 weeks, according to head coach Gus Bradley.   Lewis suffered a high ankle sprain in the fourth quarter of the blowout loss.

Lewis accounted for the lone offensive highlight for the Jaguars as he scored on a 63-yard catch and run in the second quarter of the game.  Jacksonville could opt to put Lewis on the Injured Reserve-Designated For Return list as they still have one spot open.

Jacksonville is paper thin at tight end as they only had three on the roster, and the two remaining players are journeymen Clay Harbor and Mickey Shuler.  It’s expected that the Jaguars will either sign a free agent tight end this week or promote either former Dolphins third-round pick Michael Egnew or undrafted rookie Marcel Jensen from the practice squad.