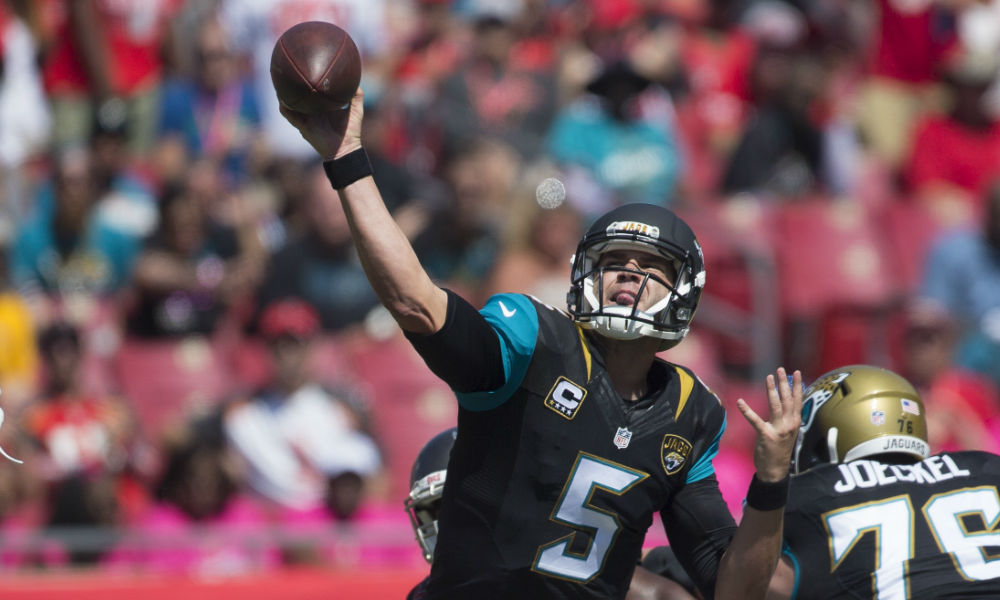 With the Jacksonville Jaguars significant struggles scoring points and the regression of third-year quarterback Blake Bortles, some have suggested that a change is in order at the position to create a spark.

“Well, I have great confidence in him. I think when I speak for everybody, we all have great confidence with him,” Bradley explained. “I think when you say if you’re not seeing the consistency in Blake, we’re in third down, better decision making in there. We saw his ability to make some tough throws, we saw that seven cut where he had struggled in practice and he made a couple of those throws. The deep balls are the ones that stand out because if he makes those throws it’s a different game and those are difference-makers. So those plays really stand out, so I think we just need to keep working on that and gaining confidence in it, but I don’t see anything in the future that shows Blake Bortles is not our guy.”

Jets May Stick With Bryce Petty At QB