Connect with us
Home » news » is the nfl bulletproof 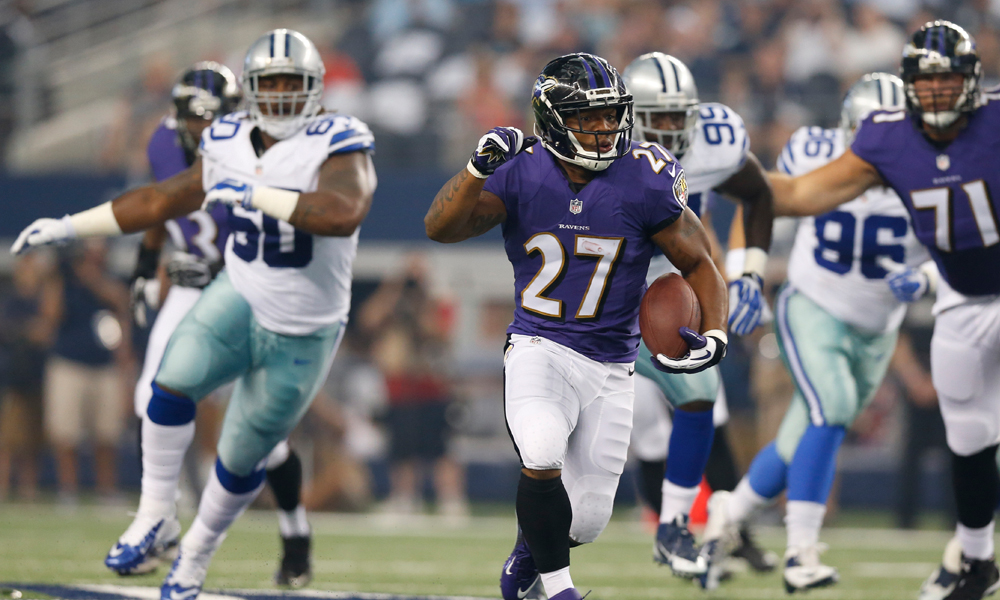 The NFL has just completed it’s worst calendar week since the strike of 1987. The “missing” Ray Rice elevator video was released by TMZ for the world to see, and the Baltimore Ravens were forced to terminate the contract of of one of their most loved players. The elevator video sent the normally cool and under control commissioner Roger Goodell scurrying for answers and looking like a buffoon on national television.

“This is the first time it looks like the NFL is either being deceitful or willfully ignorant of a major societal issue that they seem to be perpetuating,” sports media expert Will Leitch said. “Frankly, this is how empires fall.”

The league’s most bionic and ferocious runner, Adrian Peterson, was arrested for one of the worst crimes imaginable, child abuse, on his own 4-year-old son. His punishment was a week off with pay in a game that the Vikings had virtually no chance of winning.

Peterson was quietly reinstated on Monday, and shortly after more news came out about a previous investigation into more child abuse with another one of his children about a year earlier with a different mother.

“On Friday, there was a significant amount of uncertainty,” Vikings general manager Rick Spielman said. “We felt it best to step back, evaluate and make our decision based on all the information gathered.

“We are trying to do the right thing. This is a difficult path to navigate how a parent disciplines his child. Based on the extensive information that we have right now and what we know about Adrian, not only as a person but what he also has done for this community, we believe he deserves to play while the legal process plays out.”

I feel compelled to question general manager Rick Spielman’s, head coach Mike Zimmer’s and most of all Vikings owner Zygi Wilf’s judgement on what “the right thing” is to do.

Clearly, the Vikings are more concerned about trying to get a victory on Sunday than potentially alienating fans.

Do you know why the product on the field, which is unquestionably better with Peterson on it, is their primary concern?

It’s easy. America loves watching football, even the sometimes painful to watch Vikings product, and they simply can’t get enough of it.

Everyone is going to watch the games, which fuels the television ratings, which sells the ads, and the television networks take whatever deal the NFL wants to offer and then leaves happy that their prices have escalated.

America has such a thirst for football that, amid the separate convergence of controversies, simply cannot be quenched. The Sunday Night Football game between the Chicago Bears and San Francisco 49ers scored a 14.0 rating, up three percent from last year.

The NFL is having issues with domestic abuse, child abuse, homophobia and drugs and alcohol abuse. About a decade ago, ESPN ran a series called “Playmakers” that touched upon all of these issues and the NFL, corporate partners with ESPN, forced them to remove it from the air.

Is that an example of life imitating art or art imitating life?

None of these are new issues. Everything that happened in the NFL last week has been going on for decades. There were just no elevator videos that surfaced years ago and there wasn’t the 24-7 media coverage, which is the world we currently live in.

Leitch suggested that this type of subterfuge is “how empires fall.” Maybe so, but there’s never been an empire so universally loved as the National Football League.

What would it take for you to stop watching the NFL?

When posed with that question, I can’t think of a single answer. And that’s why the National Football League is bulletproof and will continue to thrive.