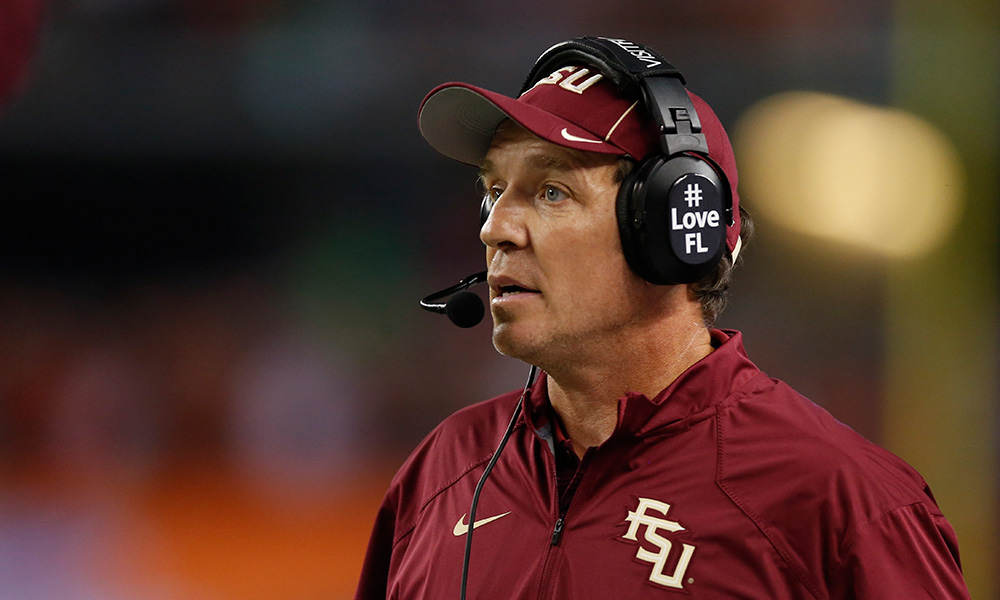 In the edited version of The Big Lebowski — the one you find on regular cable with the line about meeting strangers in the Alps — Walter Sobchak tells The Dude, “Our troubles are over, Dude” as they hatch their plan to get back a briefcase containing a million dollars.

The attitude was similar at the dawn of this college football season. The introduction of the four-team College Football Playoff seemed like a sure cure for the absurdity that was the Bowl Championship Series, the single most illegitmate means of crowning a champion in all of sports.

But as we head into the final weekend of the regular season, we are looking at a potential headache that the BCS never could have imagined.

If things play out as they are supposed to, trouble will largely be averted.

TCU jumped to No. 3 in the rankings this week, but the weakness of upcoming opponent Iowa State makes it likely that the Horned Frogs would slip back below Florida State should the Seminoles knock off Georgia Tech in the ACC Championship Game.

The question then becomes whether TCU can hold onto the No. 4 seed if Ohio State beats Wisconsin for the Big Ten title, or if Baylor gets the one signature win it needs over Kansas State — other than, you know, already beating TCU head-to-head.

But the debate can get a lot more complicated than that.

It starts at the top.

If top-ranked Alabama loses to Missouri in the SEC title game — a team that lost to Indiana, mind you — both teams will be 11-2.

The next in line to take the top spot is Oregon. But the Ducks could very well lose to No. 7 Arizona for the second time this year, which once again would leave those teams an identical 11-2.

If TCU were to lose to Iowa State — OK, never mind, that’s not happening. But No. 6 Baylor is certainly an upset candidate against No. 9 Kansas State, which could potentially find its way back into the mix if this thing gets real mucked up.

The Wildcats would need help from Georgia Tech against Florida State. It’s evident the committee doesn’t hold the Seminoles in very high regard if they are only ranked fourth without losing in two seasons, so one loss would probably be enough to knock them out of the race.

That opens the door for the Buckeyes — unless they lose to Wisconsin.

So if all of that chaos plays out as described, which four teams are in the playoffs?

That is only a guess, though, based on what the committee seems to have emphasized in its weekly rankings.

In the chaos scenario, there would be seven 11-2 teams (Alabama, Arizona, Georgia Tech, Missouri, Oregon, Ohio State, Wisconsin) and three 10-2 teams (Kansas State, Michigan State, Mississippi State) in addition to one 12-1 team that the committee is dying to be rid of with just one slip-up (Florida State). Good luck whittling that down to size.

Just as The Dude and Walter’s troubles weren’t over when they went to shake down Larry Sellers for the money, college football’s new method of finding a champion may not be the obvious solution we thought it would be, either.

NFL AM: Tough Market For Hoyer