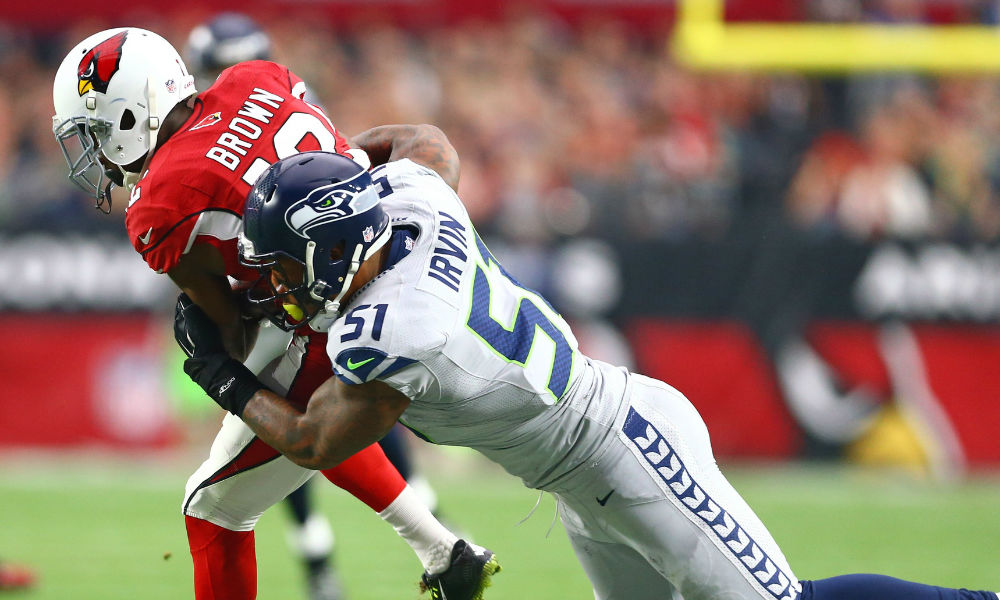 Teams were able to officially come to terms with free agents during the middle of last week and to say things have been moving fast would be a huge understatement. Most of the top free agents have already agreed to contracts, whether if it was their current team or elsewhere.

As we dissect the first week of free agency, let’s take a look at the winners and losers.

Oakland Raiders – Before free agency even began, if you looked at the Raiders roster, you saw a young team with only room to grow as an unit. They finished (7-9) this past season and while the future looks bright, after the signings of Bruce Irvin and Sean Smith, Oakland looks destined to make the playoffs for the first time in 14 years.

“It’s good to see people call us and not always have to beg,” McKenzie stated. “I think people can see what we’re doing. I think our players, they’re showing on the field, and players talk to each other. We had a handful of guys play in the Pro Bowl. It’s a strong fraternity within the NFL. Guys interact.”

Kansas City Chiefs – Heading into free agency, no team had more in-house stuff to take care of than the Chiefs. For the most part, Kansas City has done a remarkable job of retaining their talent.

General manager John Dorsey has re-signed the likes of Derrick Johnson, Tamba Hali and Jaye Howard. Now, the aforementioned Sean Smith got away from Kansas City, as he signed with arch-rival Oakland.

Sure, losing Smith stings a bit, but when you have a front seven as good as the Chiefs, your secondary doesn’t necessarily have to be filled with Pro Bowlers.

Houston Texans – Instead of holding onto their playoff berth as a sign of good things to come, Houston was honest with themselves from an offensive perspective, which is why they snatched up Lamar Miller and Brock Osweiler.

The Texans decided to get younger in the backfield after cutting ties with Arian Foster, who will be turning 30 when the season rolls around.

“The one thing you can’t coach is speed,” general manager Rick Smith stressed. “I don’t want to say that’s all he offers and all he brings to the table. He’s a complete back.”

For as good as Miller is, the more important signing was Osweiler for various of reasons.

First and foremost, it’s a quarterbacks league, so in order to truly compete for a Super Bowl title, you need a signal caller capable of making the big throws when called upon.

Having said that, the jury is still out on Osweiler because we haven’t seen enough of him at this level to give a fair assessment, but at the same time, he can’t be worse than Brian Hoyer, right?

Denver Broncos – The window of being a title contender in the NFL can close just as quick as it opens. A prime example of that would be the reigning Super Bowl champs. In the last four years, Denver has been to the Super Bowl twice, while winning the AFC West all four years.

After losing the likes of Malik Jackson, Danny Trevathan, Brock Osweiler and Peyton Manning to retirement, there’s plenty of uncertainty in the ‘Mile High City’.

To be fair, it’s still really early and with the way John Elway has managed to put together a contender over the years, it’ll be foolish to doubt him.

“Everybody thinks free agency goes just those first two or three days, but it goes all the way until camp and we can find impact players later in free agency, just like you find guys down the board in the draft,” Elway said.

Cleveland Browns – You can look at week one of free agency for Cleveland in one or two ways.

From one perspective, the Browns have refused to overpay for guys who’ve been apart of their losing teams, which made them expendable in their eyes. I.E. players such as Alex Mack, Mitchell Schwartz, Tashaun Gipson and Travis Benjamin.

On the flip side, there’s no way Cleveland is ‘better’ than they were before free agency. Also, after letting go of Johnny Manziel, the Browns are in the market for Colin Kaepernick.

Whether or not Kaepernick is the solution at quarterback is unknown at this point and having that uncertainty at the most important position is cause for great concern.

Miami Dolphins – Around this time last year, Miami was the talk of the league after making a huge splash with the signing of Ndamukong Suh.

As we fast-forward to now, Miami has taken a more subtle approach to free agency thus far and to be frank,  the Dolphins are tight to the salary cap, so it’s not out of the ordinary to see them not be big spenders.

With that in mind, Miami elected to sign defensive end Mario Williams to a two-year contract worth $17 million. Sure, they didn’t break the bank, but Williams is 31-years-old.

Miami allowed young guys such as Olivier Vernon and Derrick Shelby to walk away.