Connect with us
Home » news » football insiders week in review 2 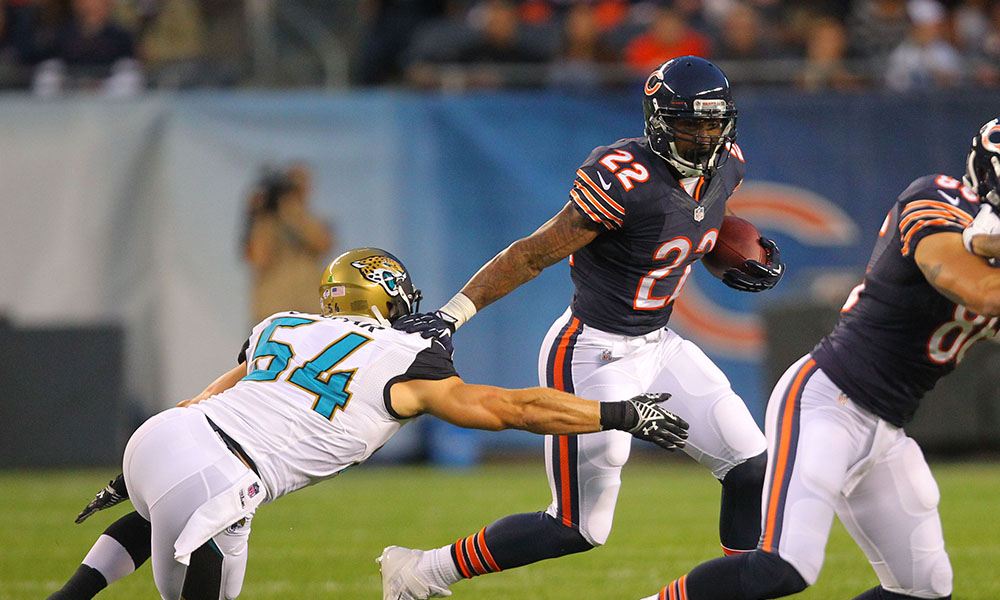 If you weren’t able to read all the great content on Football Insiders, we forgive you (this time). Here’s a sampling of some of the exciting, original content from this past week.

If there were a Coach of the Year award for the first four games of the season, Dallas Cowboys defensive coordinator Rod Marinelli should be your first choice.

Coming into the season, Marinelli took over a Cowboys’ defense that was historically bad. It was rated as the worst defense by nearly every metric known to man. To make matters even worse, Dallas lost their three best players on that side of the ball from last year in Jason Hatcher, DeMarcus Ware and Sean Lee.

That is the recipe for disaster.

However, through the first four weeks, the Dallas defense has played extremely well. The Cowboys are tenth in points allowed per game and most importantly, if you askRod Marinelli, they are the 11th ranked defense, according to the Aikman Efficiency Rating (a way to measure a defense effectiveness using seven distinct statistics in five categories).

Will Muschamp’s Faith In Driskel Spell His Demise?

The happiest person outside of the state of Ohio regarding the complete mess that is Brady Hoke’s tenure at Michigan is likely University of Florida head coach Will Muschamp. Muschamp, along with Hoke, were the two collegiate poster models for head coaching hot seats and although Hoke is getting all the publicity for all the wrong reasons, Muschamp’s job is far from safe.

After taking over for Urban Meyer, Muschamp finished 7-6 in his first season including a Gator Bowl victory over Ohio State, followed by a 11-1 regular season campaign in 2012.
That’s when things went downhill.

Titans Poised For A Comeback

It has been a rough three weeks for the Tennessee Titans. After winning their season opener in Kansas City, they have lost three in a row by a combined score of 100-34. But over the next four weeks, the Titans have a legitimate shot to climb back into the AFC South race.

Tennessee’s next three games are against teams with losing records: the Browns (1-2), Jaguars (0-4) and Redskins (1-3). After that comes a matchup against the only AFC South team with a winning record, the 3-1 Texans.

The 2014 NFL football season has been kind of zany so far and even as the “first quarter” of the season wraps up, it is still very hard to put a solid definition on almost any team, except the Oakland Raiders. In these opening weeks, perennial good teams have looked solid one week and terrible the next. Some of the best quarterbacks of past years have also had their challenges thus far.

Tom Brady, arguably the most dominating QB of all time, is extremely mortal and has many talking about getting Jimmy Garappolo ready to take over quickly. Aaron Rogers gave the Packers’ faithful five letters – “ R-E-L-A-X” – to help them cope with their slow start and followed it up with a four TD thrashing of the Chicago Bears, who just had their fans jumping on the Jay Cutler bandwagon – for a second.

Kurt Warner was doing some analysis on the NFL Network recently and was pointing out that the Packers had not been making adjustments offensively to help free up their talented receivers, but instead had just been running routes and basically simply running into getting covered, so Rogers was needing to do a lot of improvising and it just wasn’t working. I feel that Warner was spot-on in his analysis and it happens to be a similar criticism I have for the Denver Broncos and the New England Patriots as well.

I know, I know. Fall isn’t even two weeks old and conference play is just getting underway, but this Saturday could define the season for a rising team and its emerging star.

TCU, and its quarterback Trevone Boykin, is off to a 3-0 start after going 4-8 in 2013 – its first losing season since 2004. With a top-flight defense (a staple under head coach Gary Patterson) to go along with a revamped offensive scheme – under first-year, co-offensive coordinators Sonny Cumbie and Doug Meacham – the Horned Frogs have the look of Big 12 and, thus, College Football Playoff contenders.

One of only three programs to lead the nation in total defense in three consecutive seasons (2008-10) – the defense has also been tops in the country in five of the last 14 campaigns – it is no surprise that Dick Bumpas’ unit is off to another terrific start.

As we pass the season’s quarter pole, there are several new teams on the brink of becoming contenders. We examine five such teams — all of whom missed last season’s playoffs but currently boast winning records — and determine whether they are contenders or pretenders.

The Cardinals have picked up where they left off last season, when they won seven of their final nine games. Arizona is the last undefeated team in the NFC, notching wins over three clubs with legitimate playoff aspirations: the Chargers, Giants and 49ers. The latter two wins came with backup QB Drew Stanton at the helm, showing how much depth and resiliency this squad possesses.

Bruce Arians’ team faces its biggest test of the season in Week 5 when it goes on the road to face Peyton Manning and the Broncos.

“You can get paralysis by analysis,” said Arians of facing Manning. “You just play the game and don’t get caught up in all his gyrations and all the things that are going to go on, because he’s really good at it, especially at home. It’s much different playing them at home.”

They’re Not Who We Thought They Were

One of the things that makes the NFL as successful as it is, is parity. Because of parity, each year we’re left with a couple of head scratching surprises from teams who end up being a far cry from what we thought they’d look like. Let’s take a look at some of the teams who just aren’t who we thought they were.

The 2013 New Orleans Saints finished the season at 11-5 and fell just short of the eventual Super Bowl champion Seattle Seahawks, 23-15, in the second round of the playoffs. In the offseason, the Saints traded running back Darren Sproles to the Philadelphia Eagles and the team also let go of long-time receiver Lance Moore. There were some minor losses defensively, but the addition of Pro-Bowl safety Jairus Byrd had many optimistic that he would pair with second-year safety Kenny Vaccaro to form one of the most feared safety combos in the game.

Instead, the Saints’ defense has been torched, giving up over 270 passing yards and 120 rushing yards on average. The Saints are scoring points and moving the football like they always do, but this year Drew Brees and the offense haven’t been able to do enough to consistently win. Some thought the Saints were legitimate Super Bowl contenders in 2014, but at this rate Sean Payton would be thrilled to make the playoffs.

I have not come to praise Bill Belichick, I’ve come to bury him.

We’re not actually going to do any physical damage to the head coach of the New England Patriots, we’re just going to reiterate the statement that his team made during Monday night’s 41-14, palindromic loss to the Kansas City Chiefs.

“We did a lot of things wrong and we turned the ball over in the second half. So pretty much, we need to do everything better,” Patriots head coach Bill Belichick said after Monday’s loss.
The statement is that the Patriots, as we know them, are done winning Super Bowls.

Sometimes a football program can get so far ahead of the pack that the only possible outcome is to stumble and suddenly fall behind. The culprit? Institutional arrogance. A collective forgetting that you can be caught.

It’s a tale as old as sports, really, dating back to when consensus No. 1 The Hare decided to take a nap and got beaten by the unranked Tortoise.

It’s forgotten now, but Alabama lived that life for a good decade before Nick Saban parachuted to the rescue. Notre Dame also fell into that rut once, and while its detractors will maintain that the Irish are still quite intolerable, Brian Kelly at least brought a sense of awareness that something in South Bend needed changing.

Now, Notre Dame’s ancient and soon-to-be discarded rival, Michigan, finds itself in the same boat the Irish were floating on under the tenure of Charlie Weis – the one that’s fallen well behind the rest of the pack on the national scene, and indeed within the pecking order of its own league.

After running off old standard Lloyd Carr for the sexy flash of Rich Rodriguez, then running off Rich Rod for the Michigan Manliness of Brady Hoke, the Wolverines find themselves taking another step backwards with each decision. This begs a question – is the problem the coaches, or is it a culture of overinflated importance that’s disallowing Michigan from taking an honest look at itself in the mirror?

When you think of the top rushing teams in the NFL, you will most likely think of teams with star running backs. Teams like the Eagles with LeSean McCoy, the Bears with Matt Forte, the Redskins with Alfred Morris, or even the Packers with Eddie Lacy. However, none of these teams are in the top 10 for rushing yards, which begs the question: Is a solo backfield or a tandem backfield more efficient? Let’s compare the stats.

Matt Forte, the star running back for the Chicago Bears, overwhelmingly blows everyone away by playing a whopping 97.00% of the Bears offensive snaps.

Montee Ball, 2nd year running back for the Denver Broncos, is number two on that list by playing 80.00% of the Broncos offensive plays.

Darren McFadden played in 70.33% of the Raiders offense.

How do these teams’ rank league wide in their running attack?