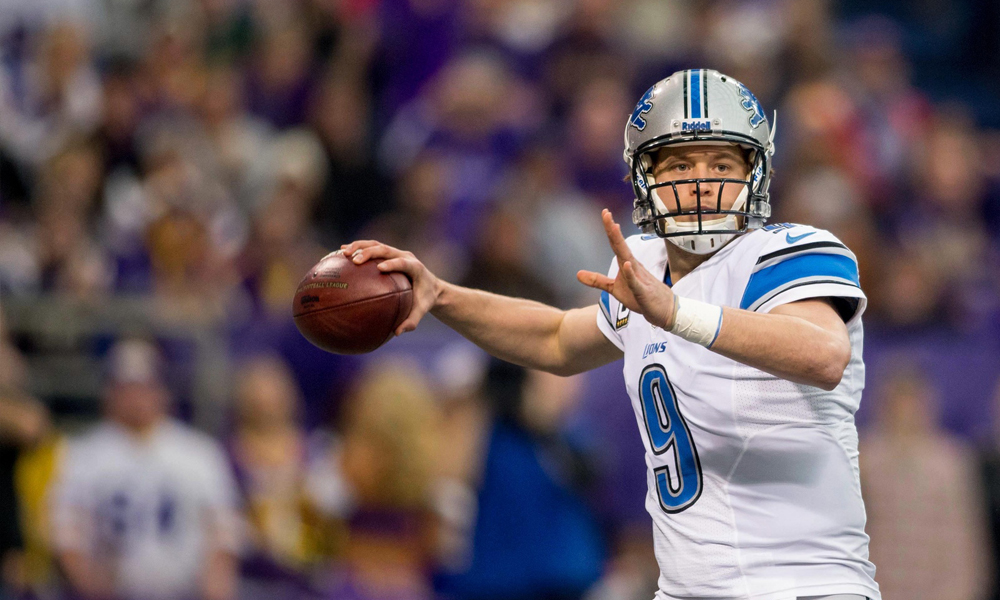 With the trade deadline looming and playoffs right around the corner, everyone is trying their best to make some final touch-ups. Here are some players you should be targeting.

Matthew Stafford (Det – QB): Stafford has had a disappointing year, averaging only the 12th-most fantasy points among quarterbacks. However, a huge reason behind that was Calvin Johnson’s absence. In the five games he had Johnson, Stafford averaged 18.5 points compared to 14.8 without him. Now that Megatron is healthy, Stafford looks as if he is more comfortable. Also, Stafford has the fifth-easiest schedule for fantasy quarterbacks for the remainder of the season.

Denard Robinson (Jac – RB): Robinson has been a wonderful surprise this year. In his four starts, he has 389 yards and four touchdowns, averaging 16 fantasy points. He may be hard to scoop up, but it will be worth it, as he has RB1 potential until the end of the season. Jacksonville has the fourth-easiest schedule for fantasy running backs the remainder of the season. Robinson has been the only bright spot for the Jaguars this season, as they are 1-9 and Blake Bortles hasn’t lived up to the hype. Denard has been the only consistent player in that offense, so expect the Jaguars to run him into the ground.

Bishop Sankey (Ten – RB): Sankey hasn’t done as much damage as some would have hoped since he became the Titans’ starter, however, expect that to change. He is getting more comfortable in the offense and has gotten over 15 carries in three of the past four games. Tennessee also has the ninth-best schedule for fantasy running backs the remainder of the season. The Titans aren’t making the playoffs, so they will want to get Sankey as comfortable as possible in the offense so he can start strong next year. With Zach Mettenberger at quarterback, Sankey will get ample opportunity to run the ball. He is only owned in 54.4 percent of fantasy leagues (as of 11/11), so check free agency first.

Kelvin Benjamin (Car – WR): This rookie has been the surprise of the league so far. He is on pace to finish the season with 1,054 yards and 11 touchdowns. He will be a WR1 because the Panthers have the easiest schedule for fantasy wide receivers the remainder of the season. With no other receiver on the Panthers getting even close to challenging him for the top wide receiver position, expect his success to continue.

A.J. Green (Cin – WR): Green is a great buy-low candidate. He has only played twice in the past five weeks and had just 23 yards in the Bengals’ most previous game. His owners could be getting itchy, but you shouldn’t. Firstly, the Bengals’ most recent game was tarnished by a horrid performance by Andy Dalton, soiling everyone on the offense. A performance like that will never happen again (86 yards and three interceptions). Secondly, Cincinnati has the second-easiest schedule for fantasy wide receivers the remainder of the season. He is a prime candidate to finish the season in a fantastic way.

Steve Smith (Bal – WR): Smith is also another great buy-low trade candidate. He started off the season averaging 15.9 fantasy points through the first five games, however, in the last four games he is only averaging four fantasy points. The Ravens have the fourth-best schedule for fantasy wide receivers the remainder of the season. Look for the veteran wide receiver to finish his 14th season with a bang.

Cowboys surprised at their 7-3 record