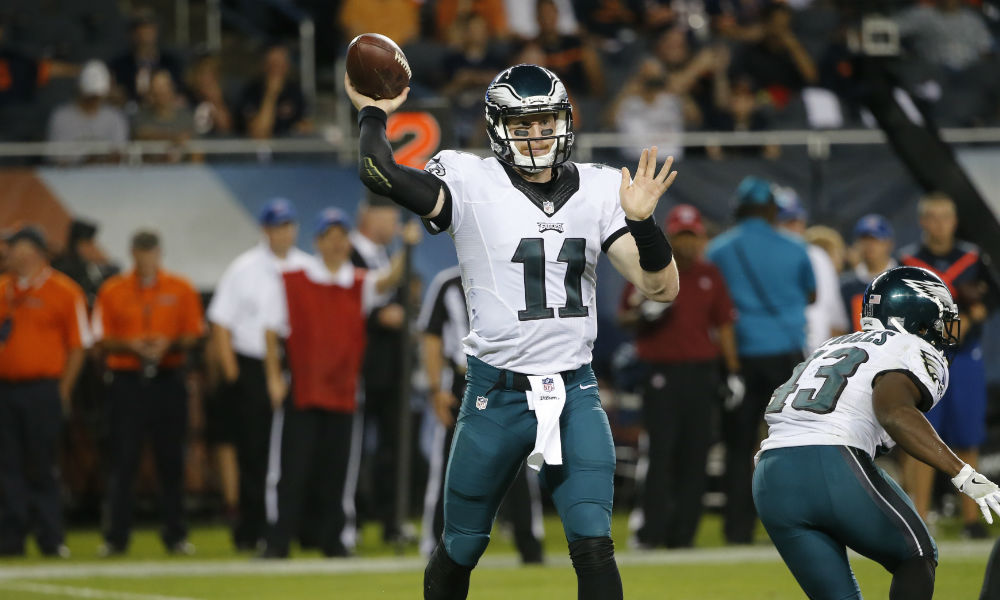 Out the gate, Philadelphia Eagles rookie quarterback Carson Wentz got off to a great start. After the first quarter of the season, Wentz had a touchdown to interception ratio of 7 to 1. Over the last eight games, the Eagles have only won two games.

During this eight-game span, Wentz has thrown 10 interceptions. Offensive coordinator Frank Reich explains what’s been going on with the North Dakota State product.

“Well, for a while I thought he seemed totally unflappable,” Reich said at his press conference. “Now, in some of the more recent losses, do you sense that this is, ‘Okay, he’s feeling this one, he’s feeling this one?’ Yeah, we’re all feeling it. I think he was that young, naïve — in a good sense — but still very mature guy who came in and it was like, ‘Nothing is going to get this guy down.’ But it wears on you. It wears on you. Losing wears on you in this league. That’s why you’ve got to have the mental toughness. You’ve got to have the mental toughness because it’s a grind, and it’s especially a grind when you’re not winning the games that you want to win and you lose close games. You have to have the tenacity to fight out of it and not get too down. He has that.”

Moving forward, the Eagles need to make sure to surround Wentz with more offensive weapons.

NFL AM: Prescott’s Success in Dallas May Usher in New Era Under Center

Chargers In Talks With LA Coliseum