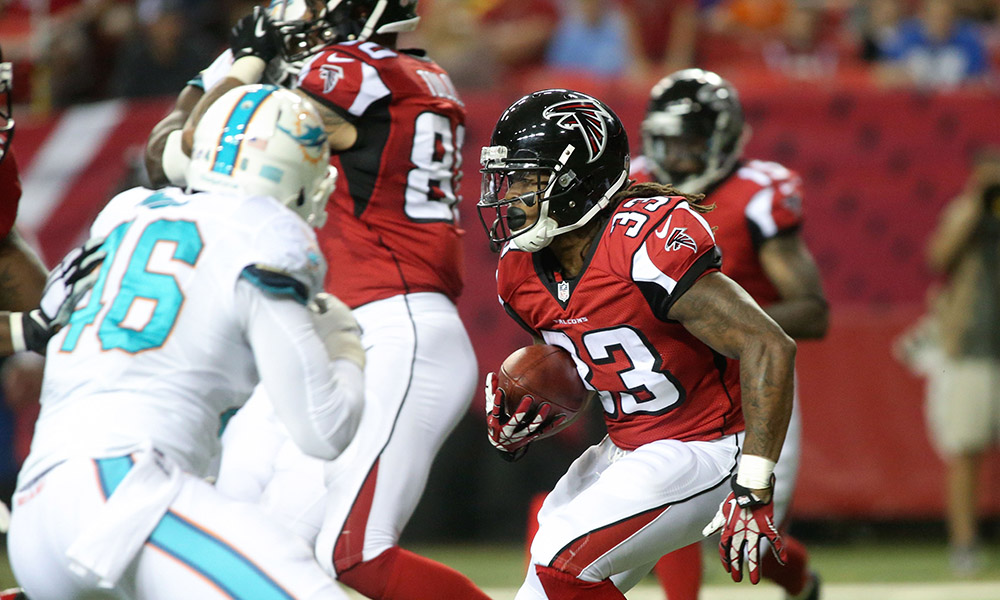 When the casual fan thinks of the Atlanta Falcons, they instantly think of Matt Ryan and Julio Jones and for good reason. However, this offense is much more than them two.

Third-year running back Devonta Freeman finished the season with 1,079 rushing yards on only 227 carries, which is an average of 4.8 yards per carry.

“We can do whatever we want,” Freeman said. “Pick your poison. … We’ve had the game plan. The game plan doesn’t change.”

While the Patriots ranked first in allowing the fewest points per game, this will surely be their toughest challenge.

Report: Broncos May Be Interested In Romo If Released

NFL Investigating Le’Veon Bell Not Being On Injury Reports