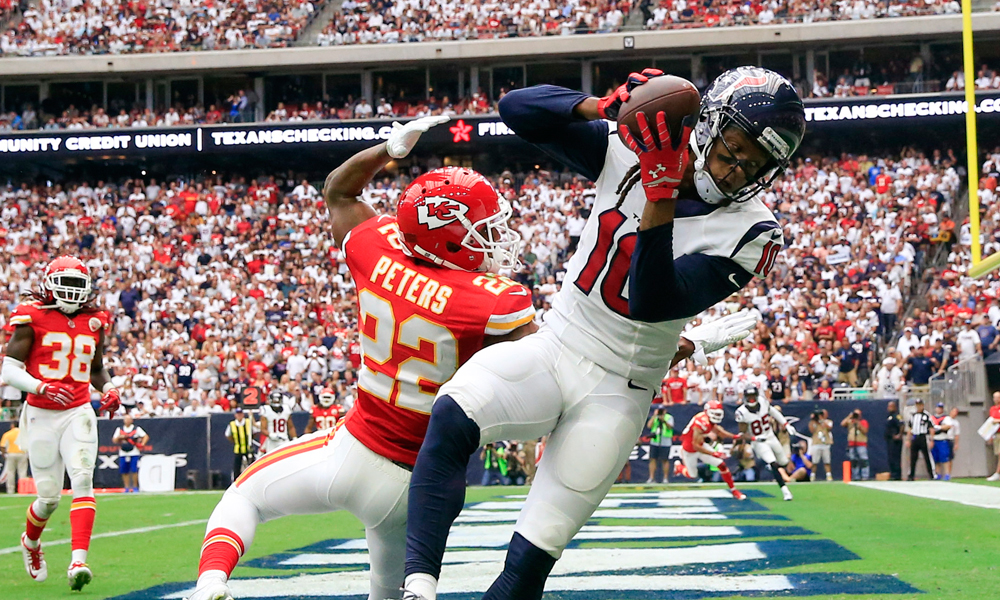 For the past two years, the Houston Texans have just been good enough to win the weak AFC South. However, it hasn’t resulted in much postseason success.

Sure, they have one of the top defenses in the league, but it doesn’t matter much when their offense is so inept. Ever since the existence of the Texans, they haven’t been able to find a true franchise quarterback, which is why it’s truly remarkable the success DeAndre Hopkins has been able to sustain.

With All-Pro running back Adrian Peterson entering the final year of his contract with the Vikings, the Giants, Bucs, and Texans were teams on his list as potential destinations.

When asked about the possibility, Hopkins was very honest.

“We’ve got (running back) Lamar Miller here, but I don’t think Lamar Miller would be opposed to having Adrian Peterson helping out in the backfield,” he said.

Peterson is currently under contract for $18 million in 2017, but if he doesn’t agree to reconstruct his deal, he will become a free agent next month for the first time since 2007.

Larry Fitzgerald To Return In 2017