Connect with us
Home » news » can the browns keep on rolling 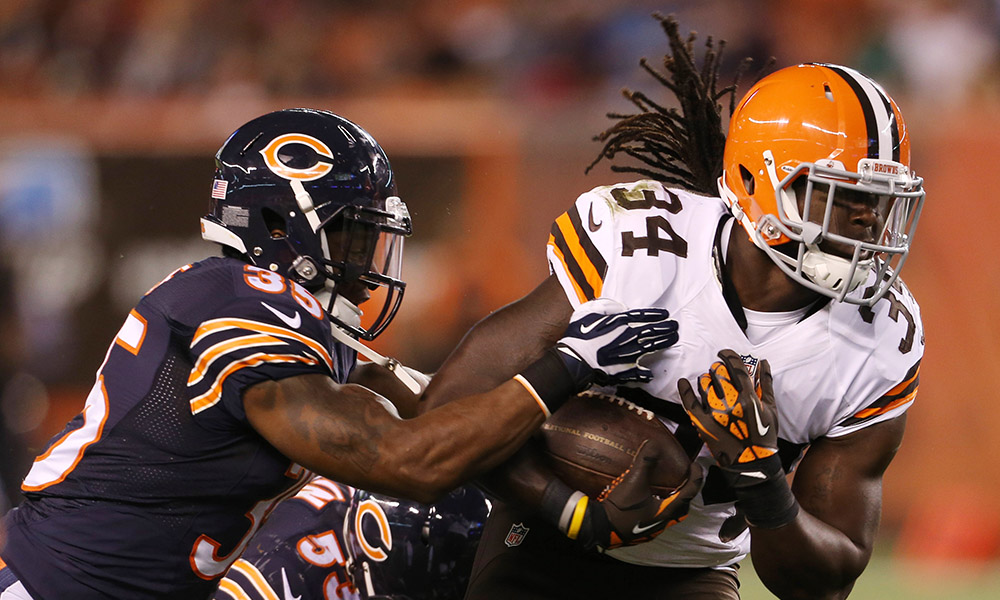 Hope is no longer a four-letter word in Cleveland.

The strange tingly sensation that began when LeBron announced he was returning to the Cavaliers has made an unexpected transition to the gridiron. Another hometown hero, Brian Hoyer, has done something more unthinkable than ditching the glamour of South Beach for the shores of Lake Erie – he beat the Steelers.

That Pittsburgh appears increasingly shaky each week matters not. This is only the second time Cleveland has beaten Ben Roethlisberger in 20 tries, and the 31-10 victory marked the biggest margin of defeat over the Steelers since 1989. It’s also an indicator that bigger things could be on the horizon for the Browns.

Cleveland’s next three games are against Jacksonville, Oakland and Tampa Bay, who have combined their powers for one win this season. If the Browns take care of business against that terrible trio, they’ll be 6-2 and heading into the second half of the season not only gunning for their first playoff berth since 2002 but their first division title since 1989.

But can they actually finish?

These are still the Browns. Disappointment seems sure to be lurking around some corner. And boy, does it ever lurk in November and December. Atlanta (2-4) is the only team currently under .500 that the Browns face in their final eight games, and that one will be played in the Georgia Dome.

Working in Cleveland’s favor is a three-headed monster in the backfield. Rookie Terrance West is still the team’s leading rusher, and he wasn’t even activated for the Steelers game. The Browns were just fine without him as Ben Tate and Isaiah Crowell combined for 155 yards, and they sit fourth in the league in rushing as a team.

The Achilles heel is a defense that is ranked 30th against the rush and 27th against the pass. The disparity makes it hard to predict how things will pan out for this team, but does lead one to believe they will be as exciting to watch at season’s end as they have been at the start. Sunday’s game was the first this year for Cleveland that has not been decided in the game’s final seconds.

Win or lose, the Browns have unexpectedly become the most entertaining watch in the NFL this season.

Maybe LeBron won’t even mind waiting a couple extra months before taking over the spotlight.