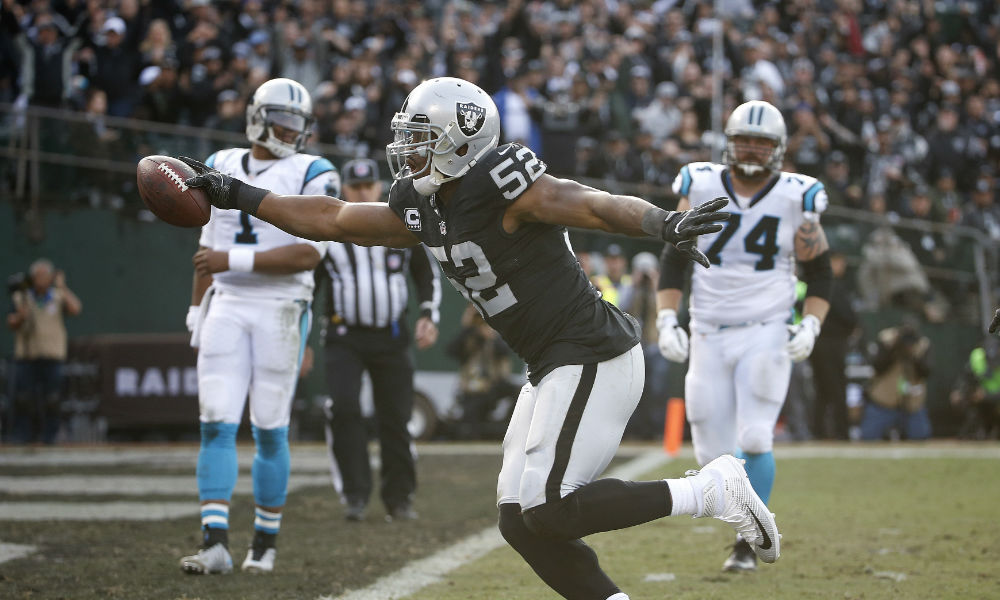 The stage is set in Houston.

Oakland will be trotting out third string quarterback Connor Cook, while the Texans are forcefully placing Brock Osweiler back under center. The general consensus for this game is to not expect many points to put up on the board.

If you’re a defensive guru, this will be your game, which will feature one of the best young pass rushers in the world, Khalil Mack. This season, the 25-year-old totaled 11 sacks.

“The guy’s a walking Hall of Famer, the best in the business,” teammate Bruce Irvin said. “I’m blessed to be able to suit up with him week in and week out.”

While it’s still very early in Mack’s career, if he continues on this pace for several more seasons, he’ll be well on his way to Canton.