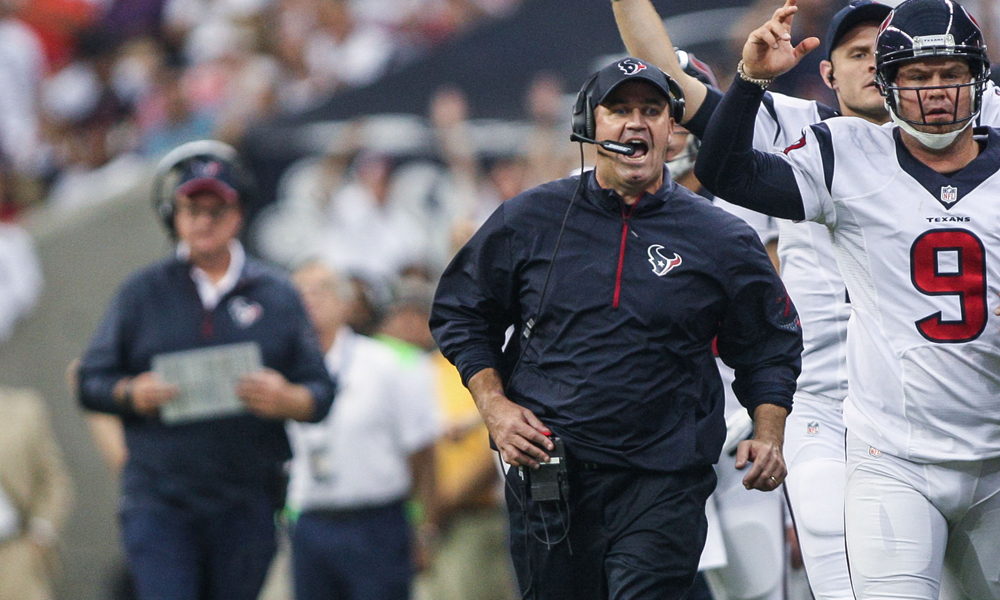 As expected, the Houston Texans season came to an end after losing 34-16 to the New England Patriots. Throughout the course of the season, there’s been chatter about this possibly being head coach Bill O’Brien’s final season in Houston.

Owner Bob McNair attempted to quiet the speculation after coming out and saying his coach wouldn’t be let go, but that didn’t stop the rumors.

Following the contest, O’Brien decided to end the talk once and for all.

“I’ll be back next season, I’ll be the Texans head coach,” O’Brien told reporters. “I’ll be back next season, like I said, I have a five-year contract. This was year three, and like I’ve also said, I need to do a better job. You know, I think we have a good football team. And overall, we need to do a better job, especially on offense. So, I am going to work hard to try to get that improved this offseason.”

Unless something drastic happens, this shouldn’t be a topic of conversation moving forward. O’Brien has two years left on his contract.

Brock Osweiler Promises To Clean Up Play In Offseason