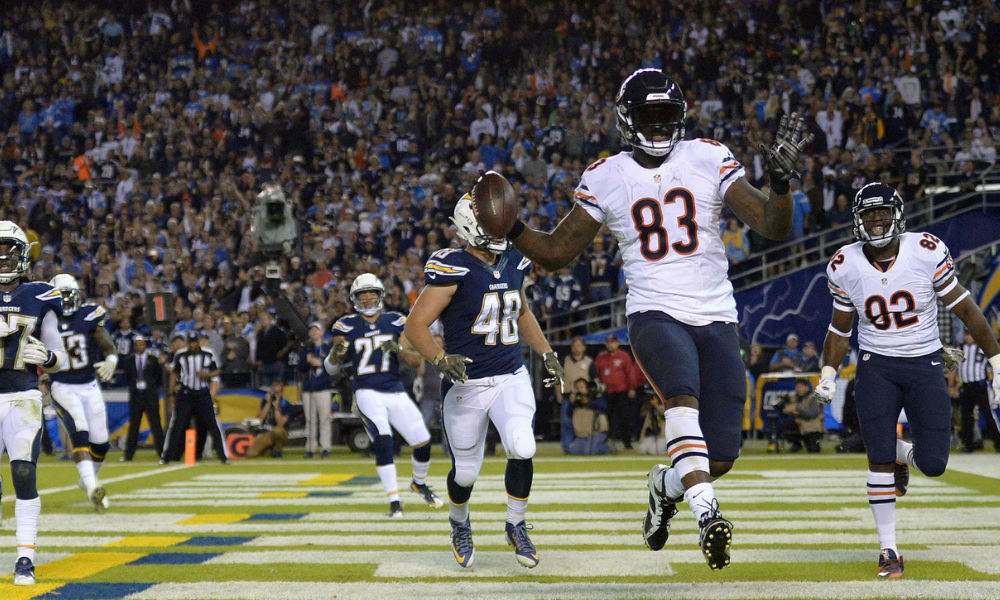 ESPN’s Adam Schefter is reporting that the Chicago Bears have finally found a taker for troubled tight end Martellus Bennett, and it’s none other than the New England Patriots.

Teams finalizing deal, but Chicago and New England are expected to swap mid-to-late round picks in exchange for Martellus Bennett.

Bennett completed his third season in Chicago after arriving in 2013 as a free agent.  His last year as a Bear was his worst as he had just 53 receptions, for 439 yards, with three touchdowns.

The emergence of journeyman tight end Zach Miller made Bennett more than expendable, as the Bears have been trying to trade the outspoken pass catcher for roughly 18 months.

The #Bears had decided Martellus Bennett needed to go. They tried to trade him for about 18 months. Finally found a taker: The #Patriots.

Bennett doesn’t really fit in “The Patriot Way” as he’s never been one to give PC non-answers and has always spoken his mind, just as his brother Michael does in Seattle with the Seahawks.

Still, Bennett is a good pass catcher who should be a weapon for Tom Brady opposite Rob Gronkowski, the best tight end in football.

The former Bears tight end is set to earn just over $5 million in 2016.