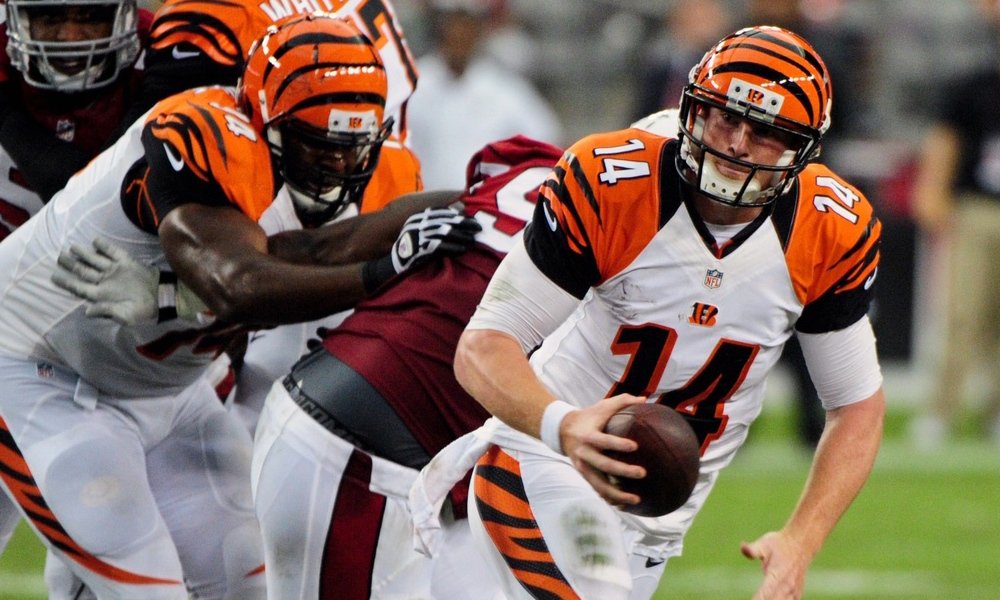 After an offseason filled with disappointment and loss, the Cincinnati Bengals’ dominance is showing us why they deserve to be mentioned among the elite teams in the NFL.

What could have changed in just three short weeks of football? Bengals coach Marvin Lewis said after their embarrassing Wildcard game loss to the San Diego Chargers that they lost because they “turned the ball over, gave them points and field position, and failed to get any (turnovers) back on our side.”

Well, he was right. Last year, the Bengals were 27th in the NFL in turnovers. They averaged nearly two turnovers a game, not to mention the four they had in the wildcard game against the Chargers. But this year? The Bengals only have one (an interception off the hands of Giovani Bernard). Their +6 takeaway to turnover ratio is tied only with the New England Patriots for tops in the league.

Despite losing James Harrison to retirement and their five-year defensive anchor Michael Johnson to the Tampa Bay Buccaneers this offseason, the Bengals’ defense has been dominant. Not only do they lead the NFL in points allowed (11) but that’s four fewer than the next team. Their seven takeaways put them in a three-way tie for second among the whole NFL. Needless to say, this defensive unit is clicking. If it wasn’t for the Bengals’ defense, Matt Ryan would yet to have thrown an interception, let alone three.

A big reason for the Bengals’ defensive success is the constant pressure that defensive end Carlos Dunlap puts on the quarterback. Dunlap, already on pace to more than double his last years numbers, is third among all pass rushers with three sacks this season. Even without their star linebacker, Vontaze Burfict, the NFL’s leader in tackles last season, the Bengals held the Titans to just seven garbage points in Week 3.

However, defense isn’t the only reason for their success.

The Bengals’ offense, led by fourth-year starter Andy Dalton, has accounted for the sixth best offense in the game (PTS/G). A big reason for their success is the growing maturity of Dalton. After throwing 49 INTs in his first 48 NFL games, Dalton has only thrown one in three games this year. His newly acquired poise and calmness has allowed the Bengals’ offense to stay on the field longer than they have in his previous years. With a wide receiver such as Pro Bowler A.J. Green, and a young, dynamic running back tandem like Giovani Bernard and Jeremy Hill, the sovereignty of this offense is off the charts.

Could this new powerhouse of a team compete with the Denver Broncos?

The only way to beat the Broncos, as the Seattle Seahawks properly displayed in Sunday’s adrenaline-pumping showdown, is to keep the ball out of Peyton Manning’s hands; something the Bengals have been able to limit against opposing quarterbacks this year. The Bengals also provide matchup issues for the Broncos. Ranking 30th in the amount of passing yards allowed per game, it will be a near-impossible task for the Denver secondary to keep up with A.J. Green and Mohamed Sanu all day while also trying to cover the running back option routes that Giovani Bernard has. Watch out, because this team has what it takes to take the next giant steps.

The Bengals have a bye next week, and then will face off against the Patriots in what should be a fantastic Sunday night football game.