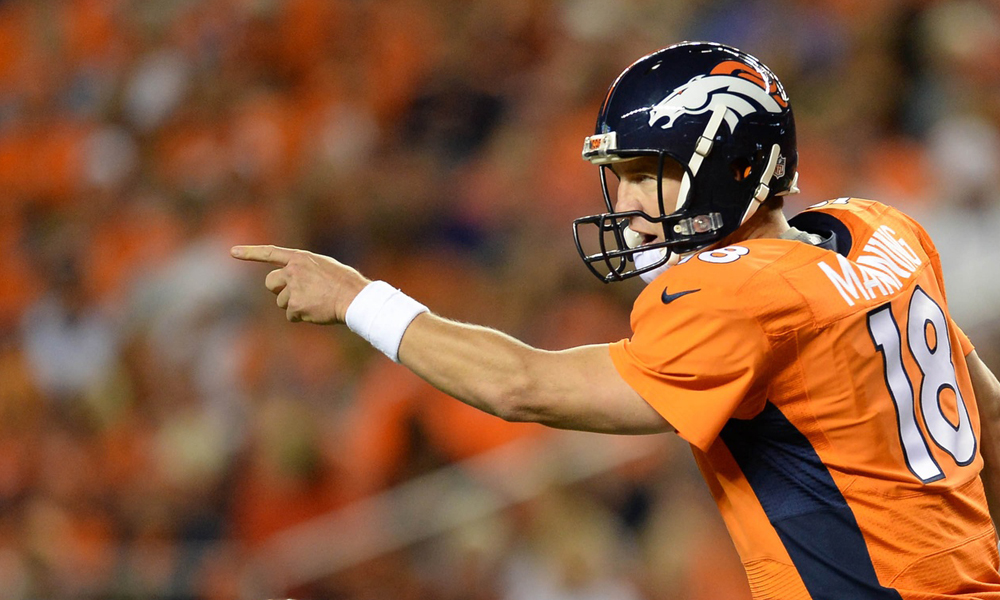 Whenever I see a quarterback get his helmet touched by a defensive lineman and the subsequent flag fly for a personal foul, I cringe.  I don’t live in the past (very often) or hanker back for the good ‘ol days of the way football was when men played the game, but every once in a while, I ponder how the game has changed, especially for the QB, over the last 20 years.

I am an advocate for improving the safety of players, but I have seen quite a few defenders penalized for just playing the game.  Drew Brees was sacked as cleanly as any sack I’ve seen, but because the lineman’s helmet touched Brees’ helmet, it was penalized.  The guy basically got Brees in a bear hug, chest to chest, and took him to the ground.  Wow!  I really don’t think anyone wants the game to be played that way and some discretion needs to be used in those situations.  Don’t forget that the recently implemented “defenseless receiver” rule has also opened up the game and given quarterbacks and receivers more freedom to throw passes that would have risked injury and turnover.

While the rules have taken a lot off the head and shoulders of the QB (and receivers) over the last 20 years, more has been put in their heads and on their shoulders by the coaching staff.  I played in Ernie Zampese’s offense with the Rams (made more famous by Norv Turner’s success in Dallas) and many teams have used his 3 digit system (Cardinals with Kurt Warner) to this day.  But, what Jim Everett was asked to do at the line of scrimmage is far different than what so many QB’s are asked to do today.  I also played in Jim Fassel’s (short time with both the New York Giants and Denver Broncos) offense and the “check with me” system that Phil Simms, Jeff Hostetler and John Elway was far more limited than what is used today.  We would check for a certain defensive alignment and choose a play from a short list to take advantage of that alignment or make sure we didn’t run a play into that specific defensive alignment.  Maybe the biggest change of all for the quarterback that was put in the same year I retired (1994) was the microphone in the helmet.  This has allowed the offensive coordinator to actually coach the QB between plays.  It has made things easier than spending a lot of time on signals from the sideline, but also taken just a little bit of the game away from the field general.

Today’s quarterbacks are under more pressure to figure out what the exotic looks of the defense are trying to do (zero lineman with their hands on the ground, both inside  linebackers in the “A” gaps, defensive linemen dropping into coverage), set the “Mike” linebacker to tell the offensive line where to block and change the blocking scheme completely before the 40 second clock runs out.  We see so many teams barely getting the ball snapped each and every down as the QB walks towards the line of scrimmage from shotgun, pointing out the linebacker and then back into place, moving the running back to his other side to try to counter the potential blitz.

20 years ago no one was throwing “back shoulder throws.”  It wasn’t the days of Lester Hayes and being able to harass the receivers all the way down the field, but it certainly wasn’t today, where receivers can barely be breathed on after five yards.  This rule change has opened the game incredibly and ushered in the shotgun formation as an every down situation.  Just a decade ago, Jon Gruden was thought to be an offensive guru, would not run a single play out of the shotgun formation.  He was right that it ruins the quick timing passing game, but the changing rules (and Jeff Garcia’s insistence) got Gruden to evolve on the issue and follow the pack to the point of the running back becoming an afterthought instead of the cornerstone of the offense.

The pendulum has swung so far to the passing game, but the Seattle Seahawks proved that a three-headed monster of equal parts solid running game, play-action passing as well as drop back and rollout passing can be and is the most powerful way to go.  Tom Brady and Peyton Manning will continue to dazzle us with their superior abilities to carve up defenses in the regular season, but it has been a long time since Brady and the Patriots or Peyton Manning (and his Colts or Broncos) have prevailed in the biggest game of all.  These QB’s and even Aaron Rogers have actually had too much responsibility put on them and not enough supporting cast from the running game.  There aren’t a lot of memorable names from the Patriots, Broncos or Packers the last few years are there?  This forces the QB to be even more phenomenal as the playoffs progress and that is simply too much to ask, as Peyton Manning found out just last February and will probably find out again in early 2015.

Not allowing defensive linemen to roll up on quarterback’s legs and take them out for the season and endanger careers is a good rule change.  The subtle changes don’t necessarily seem like much, but it does give today’s quarterbacks a lot more courage to stand in the pocket and deliver a pass and not fear getting blasted the way Brett Favre’s courage was on display week after week, standing in and delivering pass after pass and then taking hits well after he released the football and getting up time after time.  Were the QB’s of 20 years ago tougher than today’s signal-callers.  Not at all, but completion percentages barely over 50% and 3,000 yard seasons being the standard of quality are a bygone era, so too unfortunately, is the term “under center,” as so many are almost exclusively playing from five yards behind center.

I think the pendulum will swing back a bit to the running game, but as the league continues in its efforts to entertain and also protect its players, more rule changes may make that hard for teams to justify.  I still love the game of football through its evolution in the 21st century, and hopefully it won’t evolve into flag football or something we can’t recognize in the future, because today’s incredible QB’s and their fans deserve it.