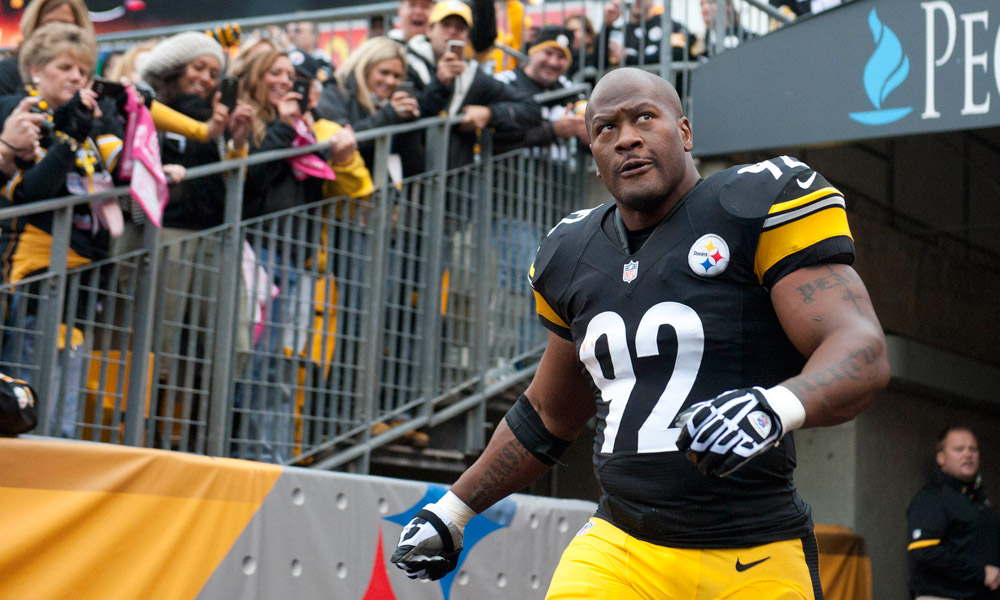 Before the NFL Draft starts in Chicago on April 30th, every team will look to fortify themselves through free agency. The potential 2015 class of NFL free agents may be the best group in league history. Plenty of high-profile players with a lot of upside left in their career will hit the open market. The NFL salary cap will limit some teams from being able to keep these future free agents on their current roster. Here is a look at two potential free agents for each team in the AFC North that likely will not be brought back next season.

Cincinnati is in a great financial situation heading into next season. The roster is buried with talent leaving General Manager Mike Brown to spend as much as he wants basically on who he wants.

Gresham hasn’t been a total disappointment but he surely has not lived up to the billing of being the 21st player selected overall in the 2010 NFL Draft. Three years after drafting Gresham, the team used the identical draft selection (21) to take tight end Tyler Eifert. It is highly unlikely Cincinnati re-signs the former first round pick in 2015.

Next season Newman will be 37 years old, a relic by NFL standards. He has provided solid play since arriving via free agency in 2012 from the Dallas Cowboys. Money, not production will eventually dictate if Newman is re-signed by Cincinnati. He currently makes $2 million per season, an amount that the Bengals may not want to pay.

With very little cap room in 2015, Baltimore will have to sign low-budget players and possibly allow some of their own top players to test the market. The end result is the Ravens could end up losing some substantial players off their current roster.

Smith is in the final year of his rookie contract and will make $1,078,273 this year. In Baltimore, he has been a key contributor and one of quarterback Joe Flacco’s main targets. Smith could yield a sizable contract from another team. He isn’t on the level of the elite receivers in the NFL, but is a polished product equipped physically to go deep on opposing defenses. That is a good commodity to have in the NFL.

Built in the mold of former Pittsburgh Steelers linebacker Levon Kirkland, McPhee has made an impressive impact in limited duty in Baltimore. Playing behind both super productive, but aging starters Terrell Suggs (32) and Elvis Dumervil (30), the ideal situation would be to resign McPhee, but that likely won’t happen with the modest budget the team will operate under next year.  He ranks third on the Ravens’ defense with 5.5 sacks behind Dumervil (17) and Suggs (11) and has shown plenty of upside other NFL scouting departments surely have not missed.

Similar to Cincinnati, the Cleveland Browns will be able to retain just about any player on their current roster with a more than ample amount of money available under the salary cap. Cleveland can spend the most money and have the best group of free agents in the division. They will be the most interesting team amongst the AFC North when free agency begins. Either re-signing their own players or bringing in new faces the off-season should be very news worthy for the Browns.

Hoyer will likely leave Cleveland with a 10-5 overall record as the teams starting quarterback as he turns 30 years old in 2015. He has done a lot with very little under an immense amount of pressure that eventually overtook him and his starting job. With rookie Johnny Manziel waiting in the wings, every miscue by Hoyer was amplified ten fold as an anxious and the desperate fan base craved the new era of “Johnny Football” in Cleveland. Regardless if Hoyer gets another starting job in the NFL, his patience in Cleveland has run its course.

Skrine, a former fifth-round pick out of Tennessee-Chattanooga is in the final year of his rookie contract he signed in 2011. Cleveland should go deep into their piggy bank to retain the services of this up and coming defensive back. He is second on the team in interceptions with four and his 50 tackles rank fourth overall. His production will serve him well next year when he sits down to sign his next contract. Will it be in Cleveland?

Pittsburgh is never a major player in free agency. They build through the draft and use free agency to fill minor holes and provide depth behind the teams starters. With a scarce amount of cap room available ,even if Pittsburgh wanted to switch it up and sign a few high-priced names the cap would make it nearly impossible.

Worilds likely will enter his sixth season in the NFL with another team. He signed a one-year contract worth $9.754 million in 2014 and has not lived up to the standards set by previous Pittsburgh linebackers. He has 6.5 sacks on the season in 15 games. Compare that to James Harrison who was signed off the street in late September and has recorded 5.5 sacks in a limited role.

Ike Taylor will make over $7 million (7,692,403) this season. The 34-year-old defensive back has been hurt in 2014 appearing in five games, recording just 11 tackles and zero interceptions. The odds are not completely out of sorts for a return to Pittsburgh. If Taylor does return expect it to be after training camp concludes. Similar to the return of defensive end Brett Keisel this past summer. Taylor will have to swallow a little pride knowing an extremely reduced contract will keep him in the NFL.

Falcons’ Ishmael in central role with season at stake