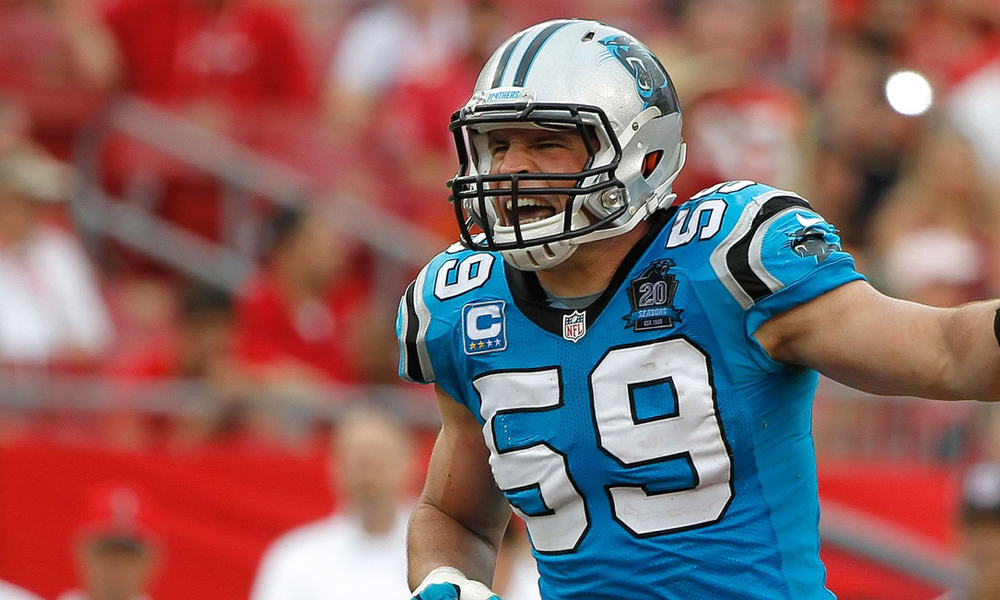 The NFL is a passing league and that thrusts the quarterback position into the spotlight. A team’s season can be lost in an instant with one injury to their starting quarterback. But which non-quarterbacks around the league are so indispensable that their team’s complexion is drastically different when they’re not in the lineup?

Jimmy Graham is a match-up nightmare for opposing defenses. The former basketball player has incredible size and athletic ability for the position, which allows Saints head coach Sean Payton to create opportunities for his offense. Over the years, Graham has become Drew Brees’ go-to guy and so much of their offense is predicated on being able to attack the middle of the field and create favorable match-ups by moving him all over the formation. Capable of playing out wide, in the slot and on the line, if you subtracted Graham from that offense, the Saints become a totally different team. Graham is durable for a former basketball player, as he plays through injuries and has only missed two games in his career.

“Jimmy Graham is a special player that has a special talent,” Browns cornerback Joe Haden said after Cleveland’s victory in Week 2 in which Graham caught a pair of touchdowns.

Many would have you believe that the Carolina Panthers are Cam Newton’s team, but one can argue otherwise. The one player that transcends the Panthers from average team to playoff team is the captain of their defense, Luke Kuechly. Although Newton has put up big numbers since he entered the league, the Panthers didn’t take that next step into the playoffs until Kuechly became the heart and soul of the team and catapulted his defense into one of the better units in the league. Kuechly is the quarterback of his defense, and his ability to play on all downs is what truly makes him invaluable. He can cover backs and tight ends like a glove and shed a guard to make a run stop in the backfield. He is the best linebacker in the league and without him that defense would be an average unit.

“Megatron” is a freak of nature, and probably the most physically imposing wide receiver in the history of the game. Michael Jordan playing wide receiver, there’s not a defensive back in the league that can match up with him one-on-one. He is the heart and soul of the Detroit Lions’ offense, and the only reason Matthew Stafford’s numbers have been as prolific as they are. When Johnson is on the field, he demands the attention of everyone in the back seven. Defensive coordinators try everything against him, from press, to off man coverage, to clouds and brackets, but the only way to stop him is to keep Stafford from throwing him the ball. Without Johnson in the lineup, the Lions would struggle to put up points, and while Golden Tate was a great signing and was a primary option for Seattle last year, he is not even close to being the dynamic presence that Megatron is.

Did any single non-quarterback injury impact a team more than Julio Jones’ last year? Once Atlanta lost Jones, the Falcons’ offense was easier to game plan for, as opposing defenses could double team a banged up Roddy White and stack the box against the run. Jones was and is the physical anomaly that makes the Falcons’ offense special, that gave Matt Ryan two No. 1 options on the field at the same time. The thing about Jones that makes him 1A to White’s 1B, is his sheer size and physicality. He can use his height, bulk and jumping ability to either outmuscle, reach over or out jump any defensive back in the league. This year the Falcons are off to a 2-1 start with a similar team to last year – the difference is health, and that starts with Jones who has been unstoppable and will continue to be as long as he stays on the field.

Much like Julio Jones and Calvin Johnson, A.J. Green is a physical freak. While not as imposing a presence as the other two, Green wins his match-ups with a little more craftiness to his game and usage of his rare gifts. More angular of a receiver than the other receivers on this list, he wins most jump balls, may be the best route runner of the three and might have the best deep speed. He also has fantastic hands, adept to making the spectacular catch, and he is the catalyst of his offense. Green has done wonders for Bengals quarterback Andy Dalton, as he is Dalton’s favorite receiver and security blanket. With the huge peaks and valleys in Dalton’s performance over the years, the few games Green has missed to injury or been slowed down by considerably in often led to a struggling Dalton. Probably more akin to Johnson in his importance to the success of his quarterback, Green is a bona fide super star at wide receiver and the Bengals would miss him dearly if lost for a long stretch.