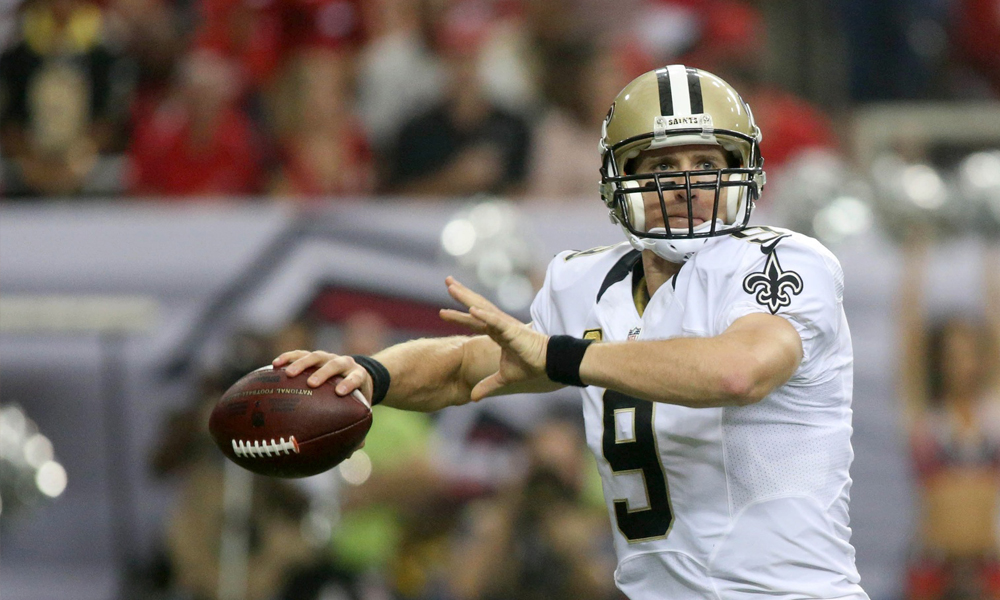 A New Offensive Coordinator in Tampa

One of the biggest decisions in the NFC South this offseason has already been made, when the Tampa Bay Buccaneers and Lovie Smith decided hire former Atlanta Falcons and Jacksonville Jaguars offensive coordinator Dirk Koetter to fill the same position for Lovie’s Buccaneers. Koetter has been successful as an offensive play caller during both of his previous stints in the position. This season the Falcons offense continued to put up points despite being decimated by injuries across the offensive line, and the Jaguars had some of their best offensive seasons with Koetter calling plays. The task for Koetter this time around won’t be easy as the Buccaneers just finished a season where the offense often looked pathetic and lost. It seemed there was no direction or plan for Tampa Bay’s offense this season, and Koetter will be starting over, almost from scratch. The Buccaneers have an interesting decision to make at wide receiver where veteran receiver Vincent Jackson has a large cap number in 2015, and the rest of the offense needs to be rebuilt, especially up front on the offensive line. The Buccaneers offense has some young players like Mike Evans, Austin Seferian-Jenkins, and Charles Sims to build around, but if Tampa Bay can’t fix the offensive line, Koetter’s job will be a difficult one. Of course, what will likely be Koetter’s biggest task will be getting the new quarterback and face of the Buccaneers franchise ready to play, as it is largely speculated the Buccaneers will select either Oregon’s Marcus Mariota or Florida State’s Jameis Winston with the first-overall pick in the draft.

The Tampa Bay Buccaneers are on the clock

There are few choices that effect the direction of a franchise more than having the first overall selection in the NFL draft. Turning around a bad football team is always a difficult thing to do, but trying to turn around a team bad enough to have the top pick in the NFL draft is a pressure very few men ever experience. When the first pick in the draft is a left tackle like Kansas City’s Eric Fisher, or even a defensive end with the hype of Jadeveon Clowney, that player has an opportunity to grow into that position without the immense scrutiny that a first round quarterback endures. When a quarterback is selected with the first pick in the NFL draft, the expectations are clear. You must be great, and you must deliver a championship. Anything short of that, and you’re a bust. A team with as many holes as the Buccaneers could certainly decide to trade down in the draft and amass picks to change the direction of the team at many positions, and that might be a bigger decision than which quarterback to take if they go that direction. The decision of whether to keep the No. 1 pick, and who to select if they stay there, will leave Tampa Bay with one of the more interesting and intriguing decisions atop the NFL draft in a long time. While you can look to the St. Louis Rams as an example of how much talent you can secure by trading down early in the draft, they’re also an example of how all the talent in the world won’t win you a championship if you don’t have the right guy under center. If the Buccaneers decide to go quarterback, the decision isn’t going to be any easier as there are plenty of pros and cons for both Winston and Mariota.

Before the surprising news that the Denver Broncos and head coach John Fox had “mutually agreed to part ways,” you could make an argument that the Atlanta Falcons head coaching position was as attractive as any of the current openings. Rarely does a new head coach get to walk into an organization with a franchise quarterback in place. The Falcons offense is in very good shape heading into 2015, which is why many thought Rex Ryan would have been a great fit before he took the job with the Buffalo Bills. Assuming everyone recovers from the injuries that destroyed the offensive line in 2014, the offensive line is solid. Atlanta could use a dynamic tailback as Steven Jackson has too many miles on him to expect him to carry the load, and while the team could use the big-play tight end it lost in Tony Gonzalez, they still have one of the best receiving units in football. The Falcons defense needs to be completely overhauled. Despite the team investing in a couple of 3-4 lineman a year ago when they signed Tyson Jackson and Paul Soliai, they don’t have the pass rushing linebackers a team needs to run that defense successfully. The Falcons don’t necessarily have to hire a defensive minded head coach, but they do need to fix the defense.  If the Falcons don’t hire a guy who is going to have his hands all over the defense the way Ryan would have, they have to hire someone they’re very confident can build a coaching staff to address the other side of the ball. If Atlanta rolls the ball out in 2015 with a very good offense and embarrassing defense yet again, they can expect the results to look just like they did under Mike Smith.

How do the Carolina Panthers surround Cam Newton with more weapons?

If we learned anything by the Panthers’ late season playoff push, it’s that the defense is better than it looked earlier in the season. There’s still plenty of work to be done, and the team is going to need to find a pass rusher to replace Greg Hardy, but it’s clear if the Panthers are going to compete, they need to improve offensively. Greg Olsen is a very good tight end, and Kelvin Benjamin had an exceptional rookie season, but after that, the Panthers receiving options are pedestrian at best. As good as Jonathan Stewart and DeAngelo Williams are when healthy, the Panthers may want to consider getting younger at running back as the pair both dealt with injuries this season. Williams is 31, and Stewart is 27, and each has quite a few miles for a modern day running back. It would be a surprise if the Panthers didn’t add some youth to the backfield mix in 2015.  If Carolina is going to succeed in 2015, they need to address the receiver position as much as any on their team. As good as Benjamin was during his rookie campaign, Panthers fans must still be left wondering how much better he could have been had the team not run off Steve Smith Sr. The Panthers look to be over 16 million dollars under the cap heading into 2015, so there will be money to spend when the shopping begins. There’s almost no chance that Dez Bryant, Demaryius Thomas, or Randall Cobb will hit the open market, but the Panthers should have their eyes locked on the next tier guys, because Cam Newton needs more weapons if he’s ever going to take the next step.

Do the New Orleans Saints start looking for the heir to the Brees throne?

When the whispers that the Saints were starting to think about life after Drew Brees first began this season, many thought it was laughable. However, as Brees’ play continued to decline down the stretch and even played a big role in the team missing the playoffs, the laughs began to quiet. Unlike Peyton Manning whose play took a sharp turn downward after suffering a thigh injury a few weeks back, Brees rarely looked like himself in 2014. Brees still put up numbers that many quarterbacks could only dream of, but when you watched the Saints play, it was clear he wasn’t the same player. This season there was a lot more playing from behind, and piling up yards in garbage time for Brees and the Saints. When the Saints needed big plays in key situations, Brees didn’t look like Super Bowl winning, or MVP candidate Drew Brees. Late in the season when the Saints, despite their losing record, still had a chance to win the NFC South, Brees played as poorly as we’ve seen him play in New Orleans. The Saints have a ton of questions to answer this offseason. Perhaps the biggest question is how they improve a roster that went 7-9 when the team is approximately 22.5 million dollars over the projected salary cap. The Saints are about to have an interesting offseason that will include a lot of change, but it’s hard to ignore the quarterback position despite the fact Brees likely isn’t going anywhere. Brees is the unquestioned leader of the Saints, and it would be a shock to see that change before 2015, but after his play this season, especially late in the season, it will be interesting to see if the Saints consider at least keeping their eyes open for the eventual heir to Brees’ throne.

Will Brady or Rodgers Re-live Glory On Championship Sunday