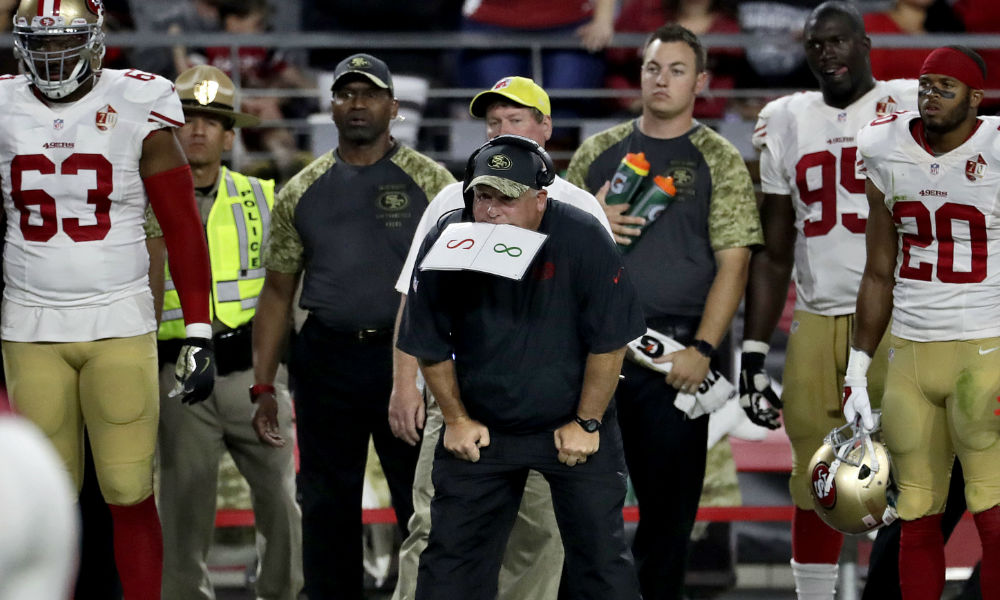 Just four years ago, the San Francisco 49ers were one game away from back-to-back Super Bowl appearances. Based on how poorly the franchise has been in recent years, those four years feel like a century ago.

Over the past three years, the Niners have accumulated a record of (15-33). In an attempt to change the vibe, owner Jed York decided to fire both head coach Chip Kelly and general manager Trent Baalke.

“I just think it’s time for us to re-establish a championship culture,” York stressed. “In order to do that, I thought we had to clean house.”

Moving forward, York will be looking for a tandem that has some sort of chemistry.

“What went wrong, I think, was a disconnect at the top,” York said. “Not seeing the roster the same way, not being on the same page in personnel. That’s why I think it’s important to hit the reset button.”

The #49ers are trying to find a coach & GM with a great relationship. They’ve requested #Patriots Josh McDaniels & Nick Caserio.