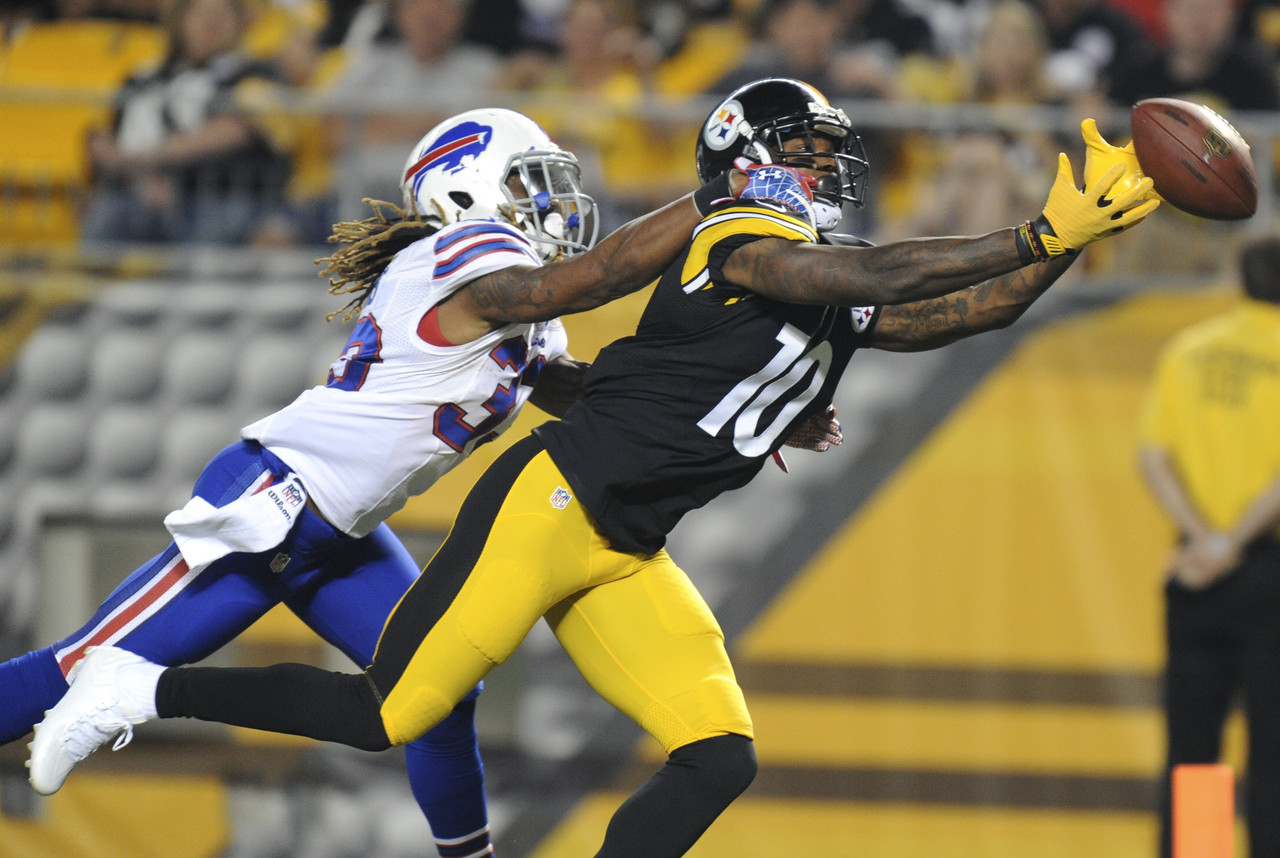 With the Fantasy Football season past its halfway point, crunch time is approaching. Some of you may be relaxed atop your league, while others may be fighting for a playoff spot. No matter the scenario, these players will do nothing but improve your team.

Martavis Bryant (Pit – WR – 3.2% owned): Bryant, a fourth-round rookie out of Clemson, has surprised many people with the production he has posted. He made his debut just two weeks ago and is already the Steelers’ number two receiver, passing the disappointing Markus Wheaton. Bryant, coming in at 6’4 and 211 pounds, is built exactly like A.J. Green, just weighing four pounds heavier. In his first two games, the speedy Bryant has 123 yards and three touchdowns, averaging a little over 15 fantasy points a game. As the weeks have passed, he is gaining an increased amount of reps and becoming one of Big Ben’s main red zone targets. Playing opposite Antonio Brown will do him wonders, as he won’t be the defense’s main focus in the passing game. He has a huge upside.

Jonas Gray (NE – RB – 0.8% owned): Out carrying both Shane Vereen and James White by over 10 carries in the previous game, the rookie out of Notre Dame ran for 86 yards with a 5.1 YPC against the Bears on Sunday. He has the chance to finally secure the Patriots’ leading running back position; a position that hasn’t been securely established since Stevan Ridley ran for 1,263 yards in 2012. With five carries inside the 10-yard line and four inside the five, Gray has taken the goal line duties from Brandon Bolden, which increases his value tremendously.

Carson Palmer (Ari – QB – 0.9% owned): When healthy, Palmer is a top-10 quarterback this season. He missed three games because of a shoulder injury that has quietly flown him under the radar. To put his season into context, if he played all 16 games, he would be on pace for 4,544 yards and 32 touchdowns; numbers that would put him in tier-one among quarterbacks. He is averaging 19 fantasy points per game, which would rank him seventh among all quarterbacks. With targets such as Larry Fitzgerald, Michael Floyd, John Brown and a dynamic Andre Ellington out of the backfield, Palmer is now on many people’s radar. Get him while you can.

Brandon LaFell (NE – WR – 22.3% owned): Being Tom Brady’s number one wide receiver is never a bad thing. LaFell played 61 of the Patriots’ 74 offensive snaps this past Sunday against the Bears, the most among all Patriot receivers. Through the last five weeks, he has played on 86.1% of snaps. However, with LaFell, it’s a hit or miss, depending on whether he scores a touchdown or not. In games when he has scored, he is averaging 19.3 fantasy points. In games where he hasn’t score, he is only averaging only 4. Proceed with caution.

Another iconic Manning-Brady matchup on tap

Many reasons for Bucs’ failures this season