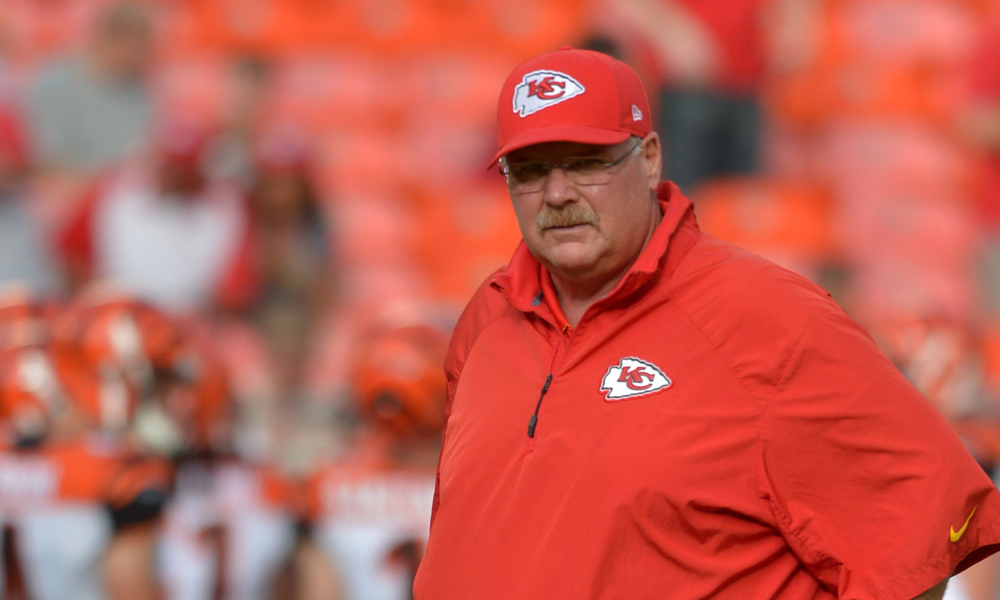 There is no division more wild than the AFC West, home to the NFL’s best team as well as its worst. While the Broncos and Raiders represent two opposite ends of the spectrum, the Chargers and Chiefs find themselves smack dab in the middle of an AFC wild-card race that has no less than eight contenders.

Here are six things you need to know about the only division to send three teams to last season’s playoffs.

1. It’s a Rough Road Ahead for the Broncos

The Broncos sit atop the AFC West at 6-1, with their half-dozen victories including wins over the Chargers and Chiefs, but it will take an incredible effort to maintain such a sparkling winning percentage.

Six of Denver’s final nine games are on the road, including the next three in a row. Those roadies include contests against a couple of first-place teams, the Patriots and Bengals, as well as rematches with the Chiefs and Chargers.

The Broncos, who are seeking a fourth consecutive division title, are still heavy favorites in the division. Denver is even better this season than last, as improbable as that may seem, and should be considered favorites for the No. 1 seed in the AFC every season until No. 18 rides off into retirement.

2. The Calvary is Coming for the Chargers

The Chargers have been ravaged by injuries, which has played a huge role in the team’s two-game slide following a 5-1 start. The good news in San Diego: most of its injured players should return in the next few weeks.

Running backs Ryan Mathews (knee) and Donald Brown (concussion) are on the brink of returning. If they do not play this week in Miami, they will be back on the other side of the Week 10 bye week. OLB Melvin Ingram, who is on temporary IR with a hip injury, is eligible to return in Week 12. That’s about the same time the Chargers can expect the returns of linebackers Manti Te’o (foot) and Jeremiah Attaochu (hamstring).

That is why this week’s game in Miami is so critical. If the Chargers win, they get to enjoy a much needed bye week, followed by two very winnable home games against the Raiders (0-7) and Rams (2-5). That could boost San Diego to 8-3 with a slew of players returning to fortify the ranks.

“I know the outside may think we’re not as good as we think we are, but we think we’re a great team,” said safety Eric Weddle. “We’re going to get back healthy, we’re going to play great, and all our focus is getting to 6-3 and getting this thing back rolling. We believe wholeheartedly we can do that and continue to have a great season.”

Many people dismissed Kansas City’s 9-0 start a season ago as the product of a favorable schedule. While there is some truth to that, the bigger factor in the Chiefs’ stunning turnaround was the play of their defense. Kansas City’s defense ranked No. 1 overall after nine weeks last season, only to see the wheels come off following injuries to pass rushers Tamba Hali and Justin Houston.

This year’s Chiefs team has endured some costly injuries on defense, as well, with Derrick Johnson (Achilles/IR) and Eric Berry (ankle) missing most of the season. But unlike 2013, the Chiefs have overcome those injuries and remained dominant on defense.

Kansas City ranks No. 3 in total defense and No. 1 against the pass. Yielding just 18 points per game, the Chiefs have yet to allow a 300-yard passer or a single rushing touchdown.

And unlike last season, when the Chiefs piled up gaudy statistics going against quarterbacks like Case Keenum, Jason Campbell and Jeff Tuel, this year’s team is doing it against Peyton Manning, Tom Brady and Philip Rivers.

“That makes you better and is going to make you play at the top of your game,” said Chiefs coach Andy Reid. “They’re going to challenge you every which way. This is a game of matchups. They’re going to match their guy on you, and you’ve got to be able to stand up and meet that challenge. And these guys have done that.”

4. The Raiders are Still in the AFC West, too

5. The Mystery is in the Middle

Barring a shocking turn of events, the Broncos will finish atop the division and the Raiders will finish at the bottom. The two most intriguing AFC West teams over the next nine weeks are the Chargers (5-3) and Chiefs (4-3), who will battle to reclaim the wild-card spots they snagged a season ago.

The AFC’s wild-card race is likely to be intense. The Bills (5-3), Dolphins (4-3), Ravens (5-3), Steelers (5-3), Browns (4-3) and Texans (4-4) have legitimate aspirations of crashing the playoff party. It is unlikely the Chiefs and Chargers can both edge out that entire field, so the race for second place in the AFC West will be wild.

The Chargers have a half-game edge on the Chiefs at the moment, but Kansas City has already picked up a win in San Diego. The two teams meet again in the season finale in Kansas City and that match-up could decide which squad moves on to the playoffs and which goes home early.

6. The Raiders Will Not Go Winless

The last winless team in the NFL, the obvious question surrounding the Raiders is: “When will this team bust that bagel?”

It is difficult to envision where that elusive first win will come from. Eight of Oakland’s remaining nine games come against teams with winning records. The next two contests are against last season’s Super Bowl teams, followed by divisional games in San Diego and versus Kansas City.

The one game against a losing squad comes in St. Louis in Week 13. That is not a great matchup for the Raiders, as the Rams’ defense can put a lot of pressure on a young quarterback like Derek Carr.

Oakland’s best chance to steal a win will be in Week 12 against the Chiefs on Thursday Night Football. The Raiders should be amped up by the rare appearance in prime time, and Thursday night games are notoriously tough on the visiting team. It says here Tony Sparano’s men get it done versus Kansas City.

If not the Chiefs, Oakland has a home game against the Kyle Orton-led Bills in Week 16 which could be the Raiders’ last-ditch attempt to stay off the schneid.