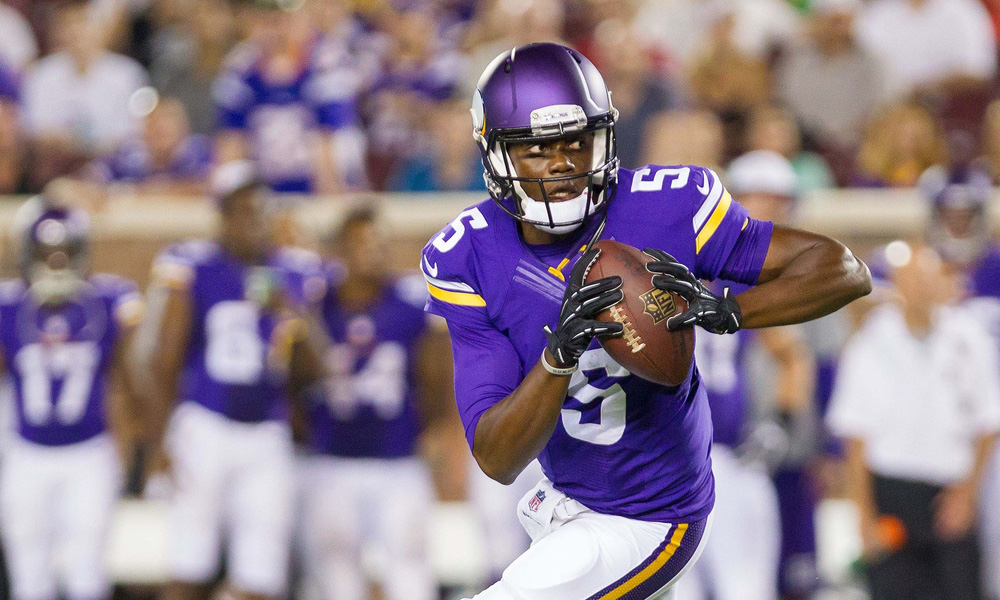 1. Kelvin Benjamin, Carolina Panthers– Benjamin was one of the lone bright spots in the Panthers blowout loss to the Ravens as he caught five more passes for 76 yards and another touchdown. If you were allowed to re-draft, Benjamin would be the first receiver taken and a Top 10 pick.

2. Brandin Cooks, New Orleans Saints– Cooks is becoming a reliable third down target for Drew Brees. The score and the need to go downfield took Cooks out of Sunday night’s game a bit, but he still caught five passes.

3. Teddy Bridgewater, Minnesota Vikings– Teddy has only started one game, but he led his team to a win over the Atlanta Falcons. Bridgewater ran for a touchdown and had a great command of the Vikings offense as he led them to 41 points scored.

1. Kyle Fuller, Chicago Bears– Not only does Kyle Fuller lead the entire NFL in interceptions, he is also in the Top 5 in tackles among rookies. Fuller and the Bears secondary struggled against Green Bay, but it was bound to happen at some point.

2. Anthony Barr, Minnesota Vikings-Barr had another impactful game as he recorded his second sack of the season as well as six tackles. Barr is quickly becoming a leader on the Vikings defense.

3. Preston Brown, Buffalo Bills– Preston Brown continues to lead all rookies in tackles from his middle linebacker position and he played a nice game in the team’s 23-17 loss to Houston.