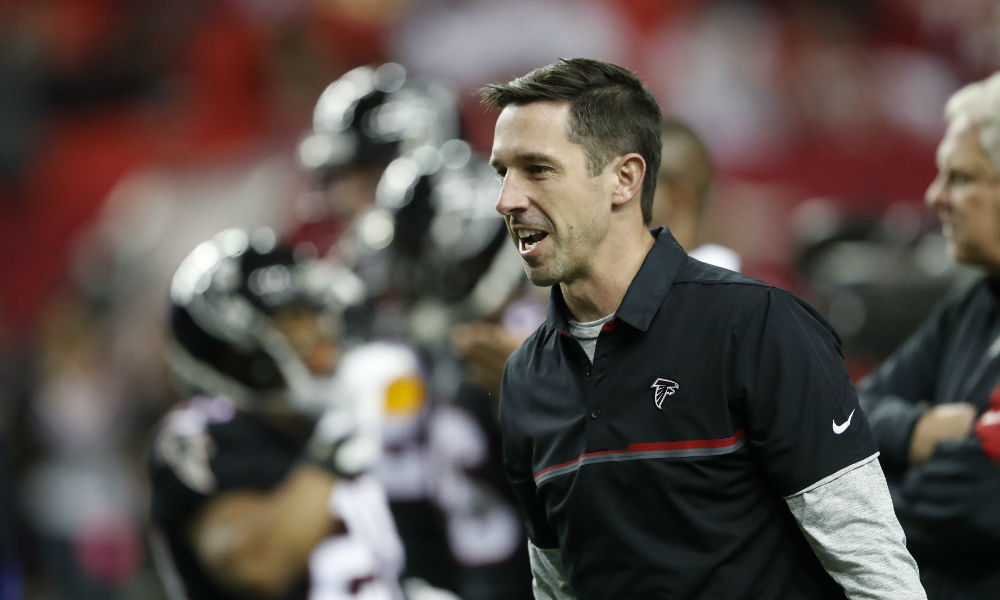 Less than 24 hours after the Atlanta Falcons suffered the biggest collapse in Super Bowl history, now former offensive coordinator Kyle Shanahan will be taking his expertise to the Bay Area.

Despite Shanahan’s refusal to run the ball towards the end of Super Bowl LI, it doesn’t take away from his offensive genius. The Falcons set franchise records in total yards per game (415.8) and yards per play (6.7) while scoring (33.8) points per game.

However, Shanahan will have his hands full turning this 49ers offense around that ranked 31st in yards per game, ranking only ahead of the Los Angeles Rams.

Bill Belichick: “We’re Five Weeks Behind In The 2017 Season”