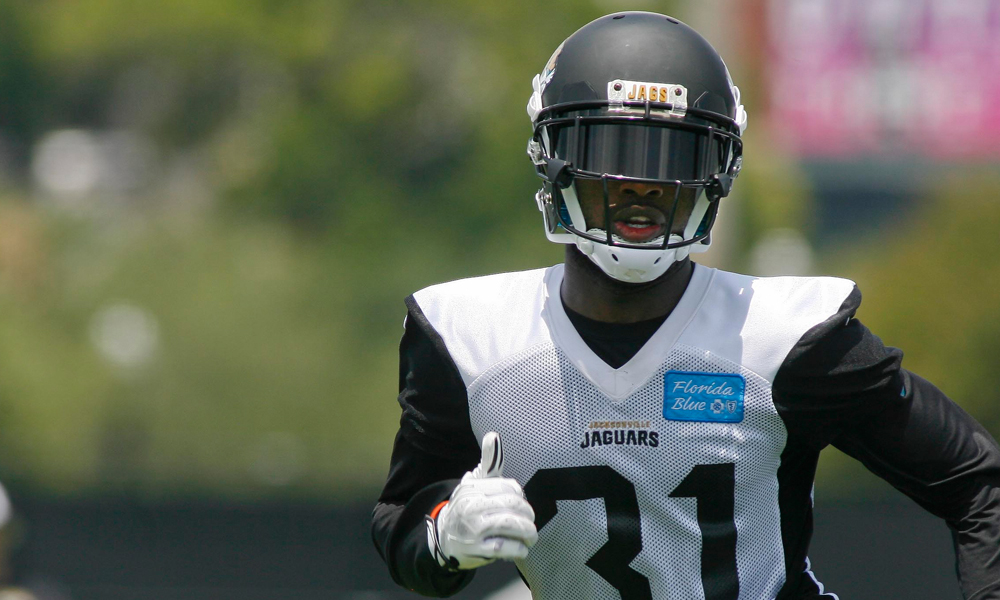 The Jacksonville Jaguars kick off the Blake Bortles era this Sunday in San Diego. Jacksonville, despite an 0-3 start, remains optimistic they can finish the season strong, as they did a season ago.

“We just need to do our jobs and stay focused,” Jaguars cornerback Jeremy Harris said. “We’re right on the step of where we want to go and I believe that we will get there continuously.”

While the headlines this week are focused on Bortles, the No. 3 overall pick in this year’s draft, Harris is also an important piece of Jacksonville’s rebuild.

Harris was a seventh-round pick in 2013, the first draft under the new regime of general manager David Caldwell and head coach Gus Bradley. Harris missed his rookie season with a back injury but did not miss the chance to improve his game.

He constantly stayed around the team, attending meetings and taking mental reps.

“That was definitely a big thing, being out there around everybody and being in meetings and stuff like that, seeing how everything works,” he said. “It helped me get better this year than I was last year — night and day.”

Also hastening Harris’ development is his relationship with DeWayne Walker, the team’s defensive backs coach. Walker was the head coach at New Mexico State during Harris’ two seasons as an Aggie.

That theme — get better every day — is a football cliche being wholeheartedly embraced by the young Jaguars. The mantra worked last season, when the team won four of its final eight games after an 0-8 start.

Harris has faith it will work again this season, with the turnaround hopefully coming sooner than later. Ideally, Bortles can be the catalyst for that change.

The highly touted rookie quarterback played the second half of last week’s blowout loss to the Indianapolis Colts, providing a spark by completing 14-of-24 passes (58.3 percent) for 223 yards, two touchdowns and two interceptions.

The announcement that Bortles will make his first start this week seems to have energized the Jacksonville locker room.

“It’s definitely a cool feeling,” said Harris of the impending onset of the Bortles era. “He’s a great player. He can definitely bring some excitement to the offense. He’s going to be a hell of a player.”

If Bortles can ignite an offense that had gone stagnant under Chad Henne, it is not out of the question for the Jaguars to contend in the wide-open AFC South. The Colts and Tennessee Titans are both off to 1-2 starts, while the 2-1 Houston Texans are coming off a 30-17 loss to the previously winless New York Giants.

“We are [contenders],” Harris said. “Regardless of how you start, it’s definitely about how you finish. We’re focused on finishing and we’re definitely excited about that.”