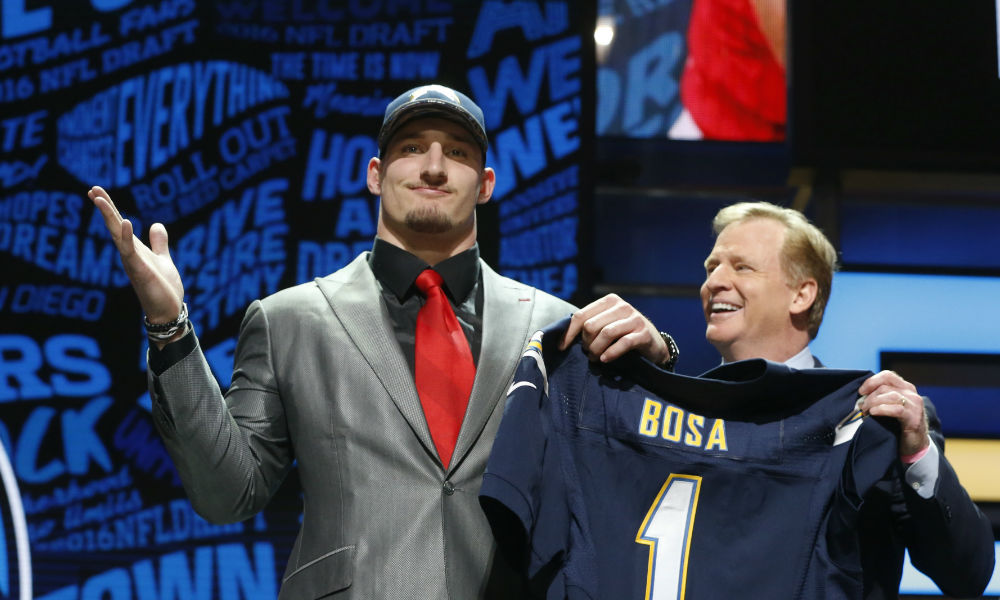 After being selected with the third overall pick in the 2016 NFL Draft, expectations were very high for Joey Bosa out of Ohio State and he didn’t disappoint at all.

The defensive end won NFL Defensive Rookie of the Year after totaling 10.5 sacks to go along with 41 combined tackles. Former Jacksonville Jaguars head coach Gus Bradley had other options, but he elected to become the Chargers, defensive coordinator.

Bosa was one of the primary reasons for that decision.

“What a great year he had. You talk about a competitor — there is a lot that goes into being able to come in that early into the NFL and play at the level he played at his first year. I knew when we were scouting Joey Bosa (while with the Jaguars) that this is the player he is with his work ethic. Football is extremely important to him, and he is highly competitive. When you put on the tape and watch it, that is what you see play in and play out. He had a fabulous first year, and now the challenge is we have to add to it.”

Although the Chargers finished last in the AFC West this past season, this team has talent. It’s just a matter of putting everything together.

Jason Taylor Believes T.O. Should Be A Hall of Famer

Kyle Shanahan To Have Full Control Of Niners Offense