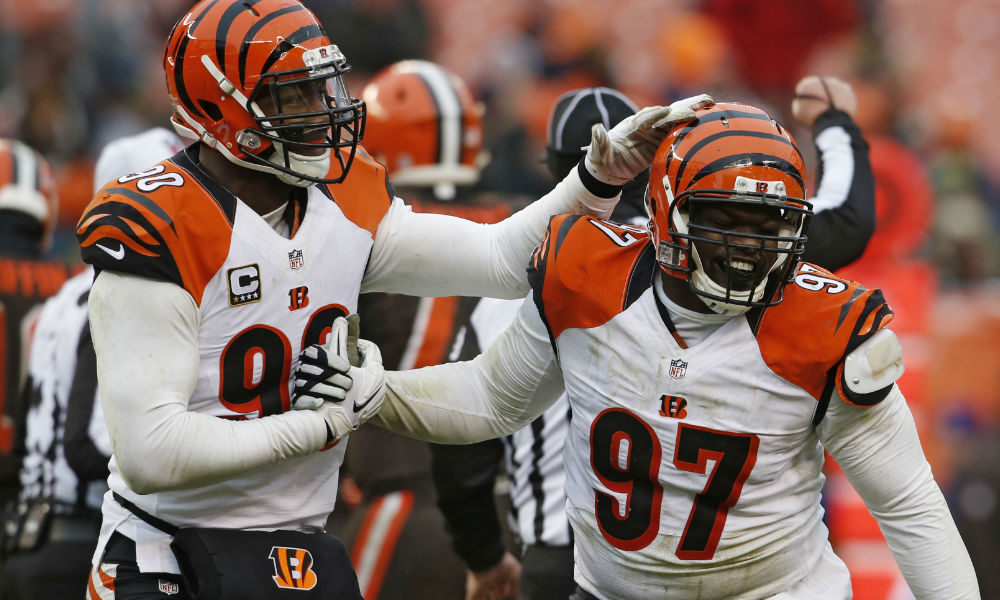 Bengals DT Geno Atkins today was named AFC Defensive Player of the Week, for his performance in last week’s victory at Cleveland.

Atkins had two sacks of Robert Griffin III, on consecutive plays in the fourth quarter, that essentially ended Cleveland’s comeback hopes. With the Browns still within two scores midway through the fourth quarter, trailing 23-10, Atkins dropped Griffin for eight yards on second down to the Cleveland 44 and then for 11 yards on third down to the Browns 33. Facing fourth-and-29, the Browns elected to punt and did not regain possession until the 0:57 mark.

Atkins had two additional QB hits (total of four)  and led the line in tackles (five). He raised his season sack total to 6.5, a half-sack off the NFL lead among interior linemen.

Atkins leads the Bengals for the season in tackles-for-loss (11), and he’s tied with DE Carlos Dunlap for the team lead in total QB hits (21).

This is the second AFC Defensive Player of the Week award for Atkins, who also was named for his performance in a 13-10 win at Pittsburgh in 2012.

The most recent Bengal to win an AFC weekly award was DE Carlos Dunlap, whose blocked field goal at San Francisco in Week 15 of last season earned him Special Teams Player of the Week.

The most recent Bengal to win Defensive Player of the Week was CB Leon Hall, in a 31-7 win over St. Louis in Week 12 of last season.

Why is Browns receiver Terrelle Pryor not getting respect?