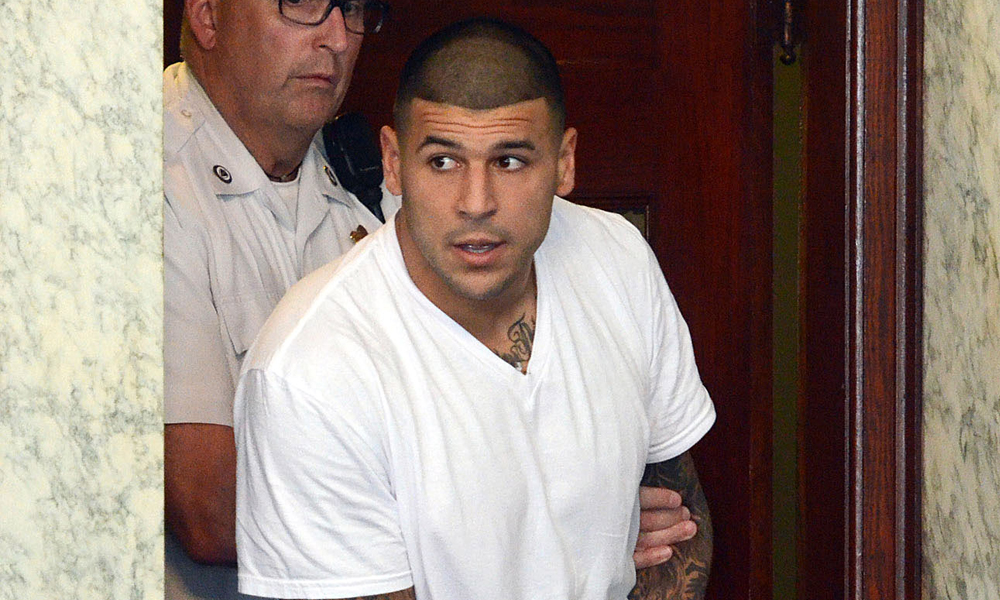 Aaron Hernandez is one of the oddest stories in the history of sports.  The talented tight end who signed a $40 million contract gave up his NFL career and his freedom to be a thug.

Already serving a life sentence without the possibility of parole for his role in the shooting death of Odin Lloyd back in 2013, Hernandez is on trial again for another double-murder.

Witness Raychides Shanches spoke in a pretrial hearing and described the events the night of July 16, 2012.

Sanches said he had been a passenger in a car stopped at a light in the city’s South End when an SUV pulled up. He said someone from the SUV said, “What’s up, negroes?” and then gunfire erupted.

When asked who the shooter was, Sanches nodded in the direction of Hernandez in Suffolk Superior Court, the Boston Herald reported.

Again, if a mob movie was made of Hernandez’s life nobody would believe the plot.  It’s truly baffling how not only a psychopath managed to make it to the National Football League and play for one of the best franchises but to get by in college and actually receive a recommendation from former coach Urban Meyer.

NFL AM: Now Or Never For Patriots To Trade Jimmy Garoppolo