Connect with us
Home » news » fantasy football the most undervalued players 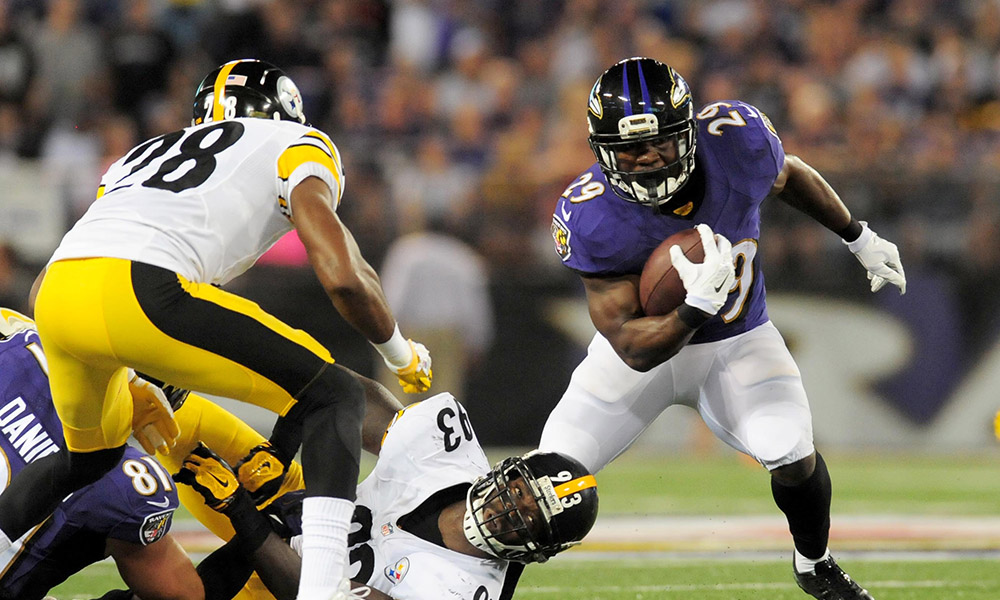 Nearing the end of the season, it’s always fun to go back and see what could have been. “Just imagine if I picked this guy over that one!” If these guys were on your team this year, then congratulations, you got great value.

Luck has taken major strides in his third NFL season. He has the most fantasy points in the league and averages a tremendous 24.7 points per game. Luck has had just three games of scoring under 20 fantasy points and none under 15. He is on pace to throw for 5,298 yards, 44 touchdowns and 16 interceptions. But unlike most of the other top passers in the league (Manning, Brady, Brees), Luck is a strong runner. He is on pace for 308 rushing yards with four touchdowns. Though it doesn’t seem like much at first, his rushing statistics adds on average four fantasy points each week in standard leagues. The 25-year-old will be a top fantasy option for years to come.

Big Ben is having a tremendous 11th season in the NFL. In fact, he is on pace to blow out his previous career-high in passing yards of 4,328 in 2009 with 4,990 this year. He is also on pace for 36 passing touchdowns, four more than his previous high set in 2007. He is averaging 20.2 fantasy points per contest, ranking him as the fifth best fantasy quarterback this year. If you were able to pick him in the 12th round where he went in most drafts, you got one of the biggest steals of the draft.

Cutler’s fantasy value is probably a bit higher than his ‘real-life’ value. He is on pace for 28 turnovers this season and has led the talented Chicago Bears offense to just the 18th most points per game. However, his passing game is as strong as ever and he has played in every game thus far (last time he played a full season was in 2009). He has had six games of over 20 fantasy points this year, something only Andrew Luck, Aaron Rodgers, Peyton Manning and Tom Brady have done.

DeMarco Murray has absolutely killed it this year. He is on pace for 2,459 total yards and 11 touchdowns. In the first eight weeks of the season, the lowest amount of fantasy points he had in a game was 17.2, which is absolutely unbelievable. He has had above 17 fantasy points in 10 of his 13 games thus far. He is a monster.

Bell has been a very pleasant surprise this season. He is averaging 18.5 fantasy points per game, trailing only DeMarco Murray (18.8) among running backs. What separates him from the other running backs is his receiving game. He is on pace for 853 yards and four touchdowns… Meanwhile, he is also on pace for 1,514 rushing yards and six touchdowns. He has had just one game under 10 fantasy points, making him one of the most consistent backs. In the past three games, he is averaging a tremendous 34 fantasy points. At only 22 years old, Bell will be an early first-round pick for the foreseeable future.

Forsett had a weird path to becoming the Ravens’ starting running back, having gone from third-string to second-string after the whole Ray Rice scandal, and then going from second-string to first-string after Bernard Pierce’s early-season injury. Since then, Forsett hasn’t looked back. Since becoming a starter in Week 4, he is averaging 15.3 fantasy points, which would be good for fifth among running backs. His lowest point-total since becoming a starter was 9.5 in Week 7.

T.Y. Hilton has a very bright future ahead of him. At age 25, Hilton has the third most receiving yards in the NFL and his connection with Andrew Luck is only becoming stronger. The duo of Luck and Hilton could turn out to be something very special. He is on pace for 1,600 yards and nine touchdowns. Since Week 6, Hilton is averaging 16.6 fantasy points and has caught at least three passes in every single game this season.

Maclin missed all of last season with a torn ACL, so it was risky to pick him in fantasy this year. However, if you did, it definitely paid its dividends. He has the sixth most fantasy points among receivers and is averaging 13.1 points per game. He is on pace for 1,365 yards and 12 touchdowns. He has had two games of 27+ fantasy points. The only other two wide receivers to do that this season are Julio Jones and Demaryius Thomas.

This rookie out of Texas A&M is having an unforgettable rookie year. He is on pace for 1,151 yards and 12 touchdowns. In the past six games, Evans is averaging 18 fantasy points per matchup, the highest in that time span. He has only surpassed 100 yards thrice, but has a touchdown in seven of 13 games. He’s going to be a top-ten receiver for many years.

With the Panthers’ weak receiving core, Olsen was primed for a big year. He is tied for second with Jimmy Graham for most points among all tight ends (9.3 per game). He is on pace to break the century mark for the first time in his career (1,046 yards) and get his most touchdowns since the 2009 season (7). Olsen has now surpassed 10 fantasy points in seven games, a feat that only Rob Gronkowski has also done this season.

Fleener is also another young receiver benefitting from playing with Andrew Luck. Their chemistry is top-notch already from playing at Stanford together and three years in the NFL. He has already surpassed his previous high (608) in yards this year with 650 through 13 games and touchdowns with six. Fleener is also leading all tight ends with 16.8 yards per catching, making him a viable deep-threat.

Even with a poor quarterback situation like the Titans have, Walker has been able to keep up his production. He is eighth among tight ends averaging 7.2 fantasy points per game. The nine-year veteran is easily having the best season of his career. He had surpassed 300 yards just three times in his career, and was never over 600 yards in a season. This year, however, he already has 700 yards with three games to go. Congratulations if you say this coming, because most people definitely didn’t.