Connect with us
Home » news » colts defense is an elite unit 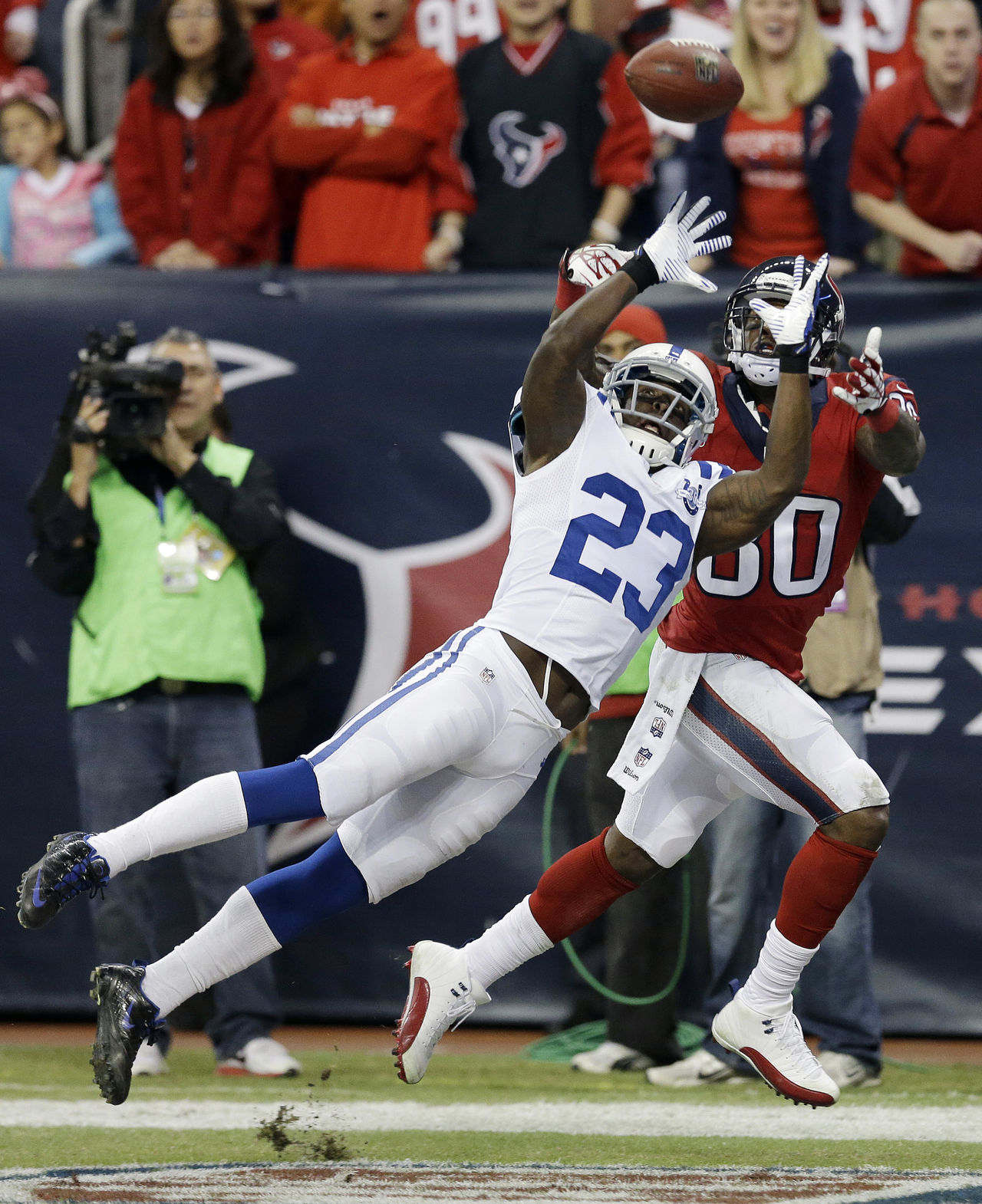 When thinking of elite defenses in the NFL, the Indianapolis Colts won’t immediately pop up into people’s minds. However, that does not take away from the great strides they have made. This Colts’ unit has propelled themselves to a defensive powerhouse in the NFL.

Amazingly, the defense of the Indianapolis Colts has had to make some dramatic changes due to hefty injuries and suspensions in order to create a successful unit. Since the beginning of the 2014 season, they have lost their starting defensive end Arthur Jones (five games), Safety LaRon Landry (four games), free safety Sergio Brown (one game), free safety Darius Butler (two games) who led the Colts in interceptions last year, and linebacker Jerrell Freeman (3 games) who led the Colts in tackles and fumble recoveries last year.

However, the most hurtful injury came to starting linebacker, six-time Pro Bowler, and 2013 NFL sacks leader Robert Mathis, who will miss the entire 2014 season with a torn Achilles. After 11 years with the Colts, Mathis has become the anchor to that defense. Mathis was to the Colts as Brian Urlacher or DeMarcus Ware was to their teams. Nonetheless, the Colts prevailed.

Despite playing top-tier offenses such as the Broncos, Eagles, Ravens, and Bengals, this team has given up the third-least amount of yards and fourth-least amount of points per game in the NFL.

How are they doing this? They don’t have anyone in the Top 15 in sacks or tackles and they have five new starters on the defensive side of the ball. This is, for lack of a better term, a no-name defense, but they work together better than anyone else in the league.

This unit gets contributions from everyone. They have 11 players within 12 tackles of each other and four people with at least three sacks (most in the league). Washed up or unknown players around the league are coming out of nowhere and playing brilliantly. Bjoern Werner (second-year player out of Florida State) is filling in for Mathis just perfectly. He is leading the Colts with four sacks and keeps their linebacking corps in check. When asked about Werner, Mathis said that he is “going to shine. He’s getting off the ball, knows his assignments and he’s playing some good football. He can play fast. It’s more reaction than thinking.” Some high praise from a future Hall of Famer.

Likewise, defensive end Cory Redding, 33 years-old and a veteran of 11 years, is on pace for his most sacks since the 2006 season with the Lions. D’Qwell Jackson, ninth year out of Maryland and former Cleveland Brown, and Erik Walden (seventh year out of Middle Tennessee State) is also on pace to blow their previous high of sacks in a season.

Colts coach Chuck Pagano, in response to being asked about the makeup of the defense, said “all we talk about is team, team, team, self-serving and doing whatever you can to get wins… They’re playing at a high level and to the best of their ability.”

The unprecedented play of their secondary has led way for their pass rush to rack up 21 total sacks (fourth most in the NFL). Star cornerback Vontae Davis, after signing a ludacris four-year, $39 million dollar contract this offseason, has played just as well as any other cornerback in the league. He is tied with Perrish Cox of the 49ers with the most pass deflections (12). In the first seven games, the number one receiver on opposing teams has yet to surpass 100 yards against Davis; he has only allowed only two to get over 55 yards.

In addition, the Colts’ defense steps up when it needs to. On third downs, the Colts are holding opponents to just a 26 percent success rate, which tops the league. They lead the league in opponents time of possession (23:04 per game) which is also a huge factor in their success, allowing Luck and their powerful offense to give them some breathing room.

With their dynamic offense and stellar defense, Indianapolis is a legitimate Super Bowl contender.