Connect with us
Home » news » buffalo bills defense is dominant 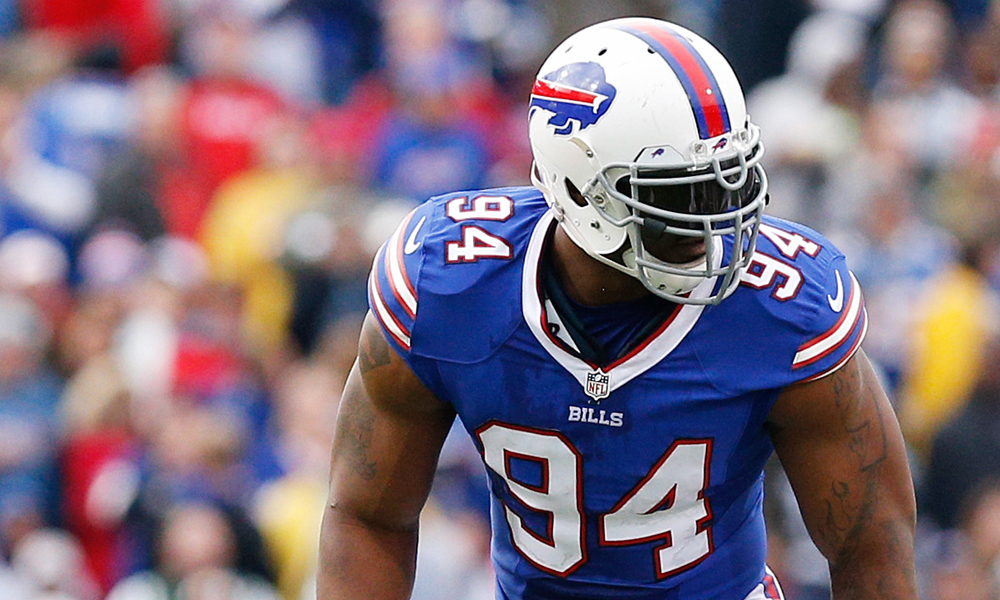 For more than a decade, the Buffalo Bills have toiled below mediocrity, but lately it seems like they’re changing the landscape of the AFC East. The most prominent reason as to why the Bills have a reason for optimism these days is the way their defensive line has shaped up over the last few years, where now it may be considered the very best in all of football.

Boasting three Pro Bowl players in Mario Williams, Kyle Williams and Marcel Dareus, the Bills may field the best defensive line in their division. This is especially true when you factor in the way they have been able to develop Indianapolis cast away Jerry Hughes, turning him into a competent player after he rotted on the bench in Indy.

This quality group of lineman are leading a defense that has the chance to be a special unit and the best in it’s division. In a division that includes an abundance of top-shelf talent along their defensive lines with faces like Cameron Wake, Vince Wilfork and Muhammad Wilkerson, it’s becoming more and more evident that the Bills offer the cream of the crop.

While it was wondered aloud whether Mario Williams was worth the the massive contract he was given back in 2012, nowadays that investment is looking as sound as can be when you see the kind of impact he has had on the culture of that defense. That developed identity has only been amplified with the addition of Jim Schwartz as the defensive coordinator and that has been on full display in the early going of this young NFL season.

The Bills went into a hostile road environment at Soldier Field and escaped with an upset victory over the Chicago Bears to kick off the year. The Bills’ defense dominated the game from the onset and harassed Jay Cutler all day, sacking him twice and forcing him into two interceptions. The defensive line accounted for one of those sacks by Mario Williams and one of those interceptions by the big defensive tackle Kyle Williams, who made an impressive play on an errant Cutler throw back across the middle of the field.

This is especially impressive when considering the Bears were favored to win the game and the Bills defense has to play the entire season without probably their best defensive player in linebacker Kiko Alonso, who is on injured reserve for the rest of the year.

Heading into a week two game at home versus the Miami Dolphins, the Fins were riding high from their victory versus the New England Patriots and looking to avenge last year’s sweep by the Bills. Even while riding that emotional high, the Dolphins knew it would be a daunting task to block a defensive line that dominated the Dolphins last year.

“They have four of the best pass rushers and run stoppers in the game,” said offensive tackle Branden Albert. “They work together, play hard; like I said, three out of the four guys are Pro Bowlers, you know that’s a daunting task.”

As the game played out, the Bills’ defensive line continued to pace their team with their intensity. They spearheaded a spirited attack that stifled the Dolphins’ offense and knocked their running back committee of Knowshon Moreno and Lamar Miller out of the game.

“We weren’t even close to matching their intensity,” Dolphins receiver Mike Wallace said. “We did a good job of playing football, but the [Bills’] intensity was so much higher than ours that I think that’s why they won the game, honestly.”

So even while the Dolphins were aware of the daunting task they were up against, they still couldn’t do anything to combat it, inept at moving the football against that terror of a Bills front. As the Bills dominated the Dolphins for the third consecutive game, they now sit at 2-0 and atop the AFC East.

Having man handled two explosive attacks in back to back weeks, it’s about time for the rest of the league to take notice that the Buffalo Bills’ defense is elite.

Is Mariota the Next Overhyped Oregon Duck?