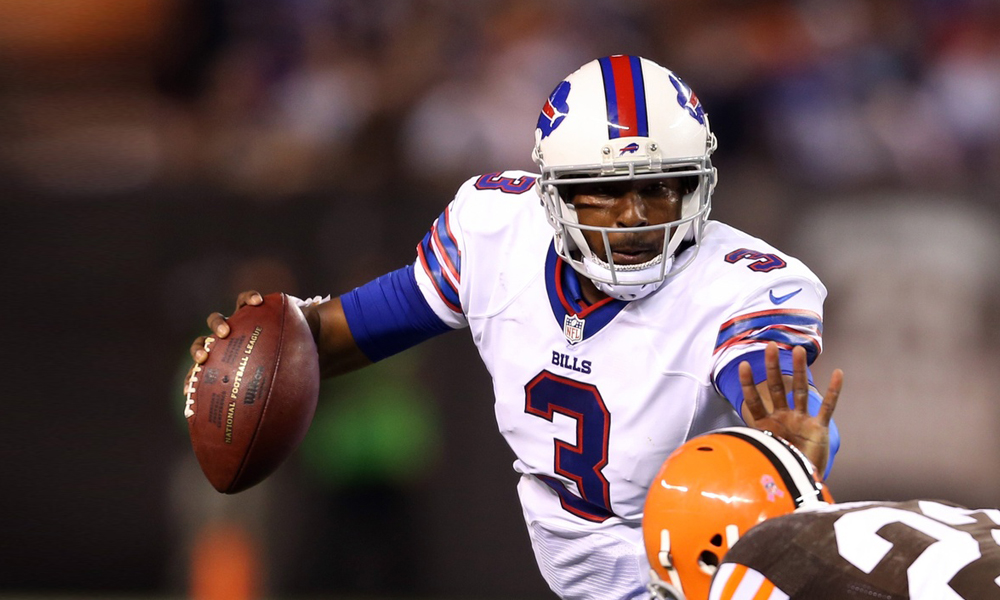 Buffalo selected Manuel with the 16th overall pick in 2013 and many saw it as a boom or bust selection. Manuel struggled to read defenses, wasn’t accurate throwing downfield and limited the Bills playbook significantly.

“He was the worst quarterback we played against all year,” an NFC South defender told Football Insiders when asked about Manuel at the end of last season.

The Bills traded future picks to move up and select Sammy Watkins in this year’s draft, a move which signaled that they were behind Manuel and wanted to get him as much firepower as possible. After a shaky training camp and preseason, confidence began to waver in the Bills front office and they ultimately signed Kyle Orton to a $5.5 million deal over two years, quite pricey for a backup quarterback.

It’s possible that Manuel could return to the lineup at some point as Kyle Orton is anything but a world-beater. What also works to Manuel’s favor is the fact Buffalo gave up their 2015 first-round pick to select Sammy Watkins. Buffalo doesn’t have the resources to immediately replace Manuel in the draft and if he works hard and does the right things in practice he could get another shot at some point down the road.

Raiders have a lot to assess during bye week