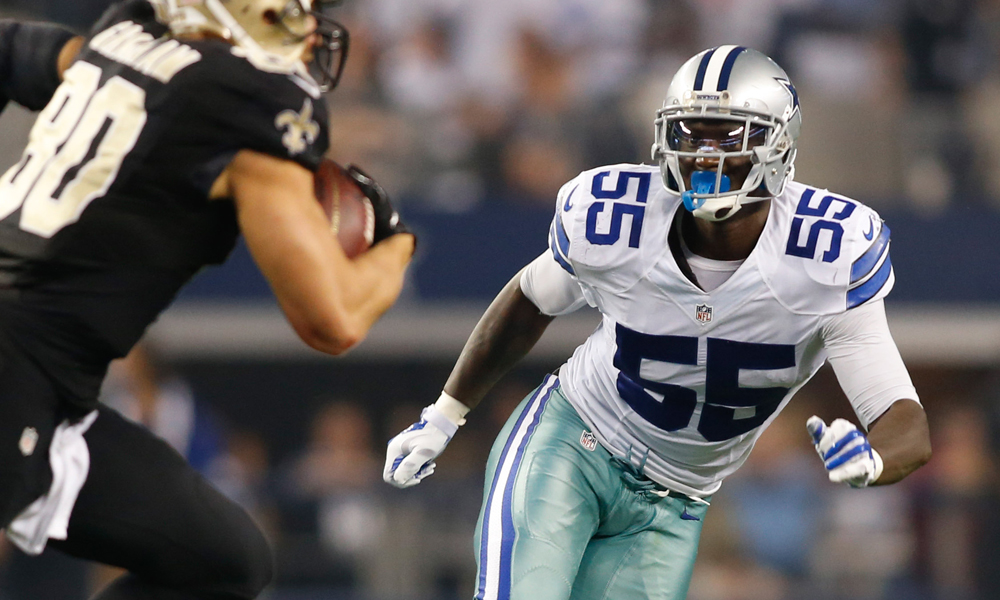 As the value for outside linebackers has rised over the past few years, the middle linebacker position has lost some of its sizzle.

With that being said, there’s certain teams in the market for a leader in the middle.

Let’s take a look at the top inside linebacker free agents.

1. Danny Trevathan, ILB, Denver Broncos – Expectations weren’t high for Trevathan, as he was selected in the sixth round of the 2012 NFL Draft. However, the Kentucky product has turned out to be a steady rock in Denver’s defensive scheme, leading the team in tackles in 2013 (124) and this past season (110). Considering he’ll only be 26-years-old come this fall, there’s still time for him to get better. Best fits: Chicago Bears, Atlanta Falcons, New York Giants, New Orleans Saints, Washington Redskins, Detroit Lions, Green Bay Packers.

3. Brandon Marshall, ILB, Denver Broncos – You could make a strong case for Marshall being atop this list. Over the past two seasons, the Nevada product has proven to be a factor in both the run and pass game. Marshall’s defended 13 passes the last couple of years, while picking off two balls. Best fits: Atlanta Falcons, Miami Dolphins, New York Jets, New England Patriots, New Orleans Saints.

4. Rolando McClain, ILB, Dallas Cowboys – While it appears Jerry Jones and company really want McClain back, the market for him will only increase if teams truly believe his drug issues are a thing of the past. After a rough stint in Oakland, McClain has turned his career around in the ‘Big D’. Best fits: Green Bay Packers, Detroit Lions, New England Patriots, Denver Broncos, New York Giants.

5.  James Laurinaitis, ILB, Los Angeles Rams – The 6-foot-2, 248 pounder has been around the block for a while now. Seven years to be exact, all with the Rams. Sure, his play suffered a major decline this past season, but Laurinaitis is still a guy who can make a major impact for a contender. Best fits: Atlanta Falcons, New Orleans, New York Giants,  New England Patriots, Denver Broncos.

6. Demario Davis, ILB, New York Jets – At 27, Davis will be a hot commodity for teams in need of a mike backer. Having said that, he was a bit of a disappointment this past season, but that won’t stop a team from investing in the former third round pick. Best fits: New England Patriots, Buffalo Bills, Chicago Bears, New York Giants.

7. Kelvin Sheppard, ILB, Miami Dolphins – A couple years ago, we were unsure what type of player Sheppard would turn out to be. While the jury is still out, Sheppard gave signs of hope this past season with 105 combined tackles. Best fits: Buffalo Bills, New England Patriots, Indianapolis Colts, San Diego Chargers.

8. DeMeco Ryans, ILB, Philadelphia Eagles – Due to his inability to remain healthy over the past couple of seasons, Ryans won’t be in the market for a major payday. Ryans tore his Achilles midway through the 2014 season and while he returned last year, the productivity just wasn’t quite there. Nonetheless, Ryans will have his suitors. Best fits: New York Giants, Buffalo Bills, Dallas Cowboys, New Orleans Saints, Arizona Cardinals, Detroit Lions.