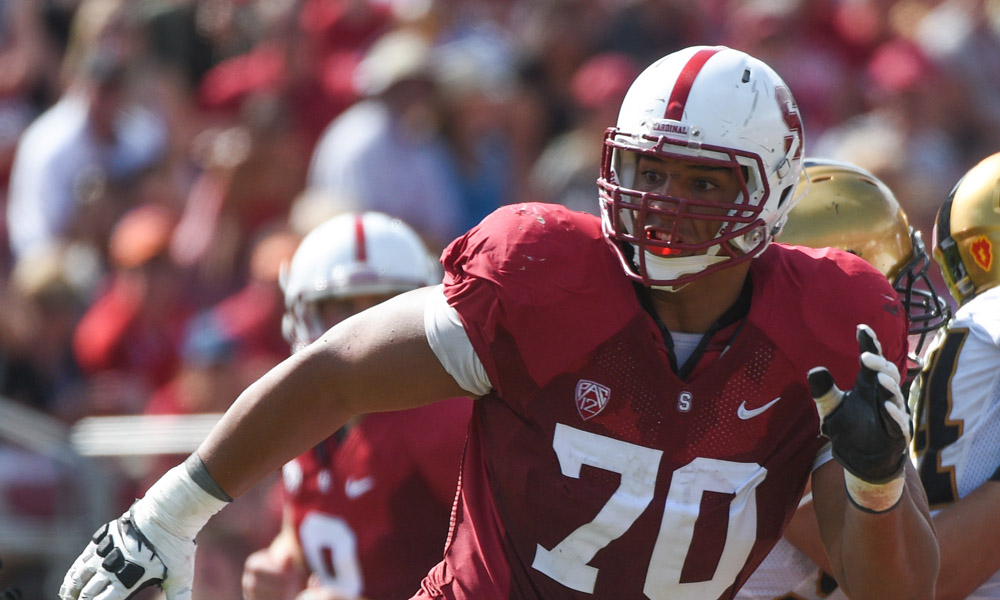 This is the first installment of the four piece series featuring the AFC North. It’s never to early to look ahead and try to determine which direction NFL teams will go next April in the NFL Draft. If the draft happened today October 14, 2014 the Pittsburgh Steelers would earn the dubious honor of selecting first amongst the AFC North teams. The current order would be Pittsburgh followed by the Cleveland Browns, Baltimore Ravens and Cincinnati Bengals.

Last weekend the Steelers opened the game against the Browns with a stifling defense, allowing -8 yards of net offense in the first quarter. Once the second quarter began Cleveland moved the ball with relative ease, amassing 194 net yards of offense in the second quarter, blowing the game wide open 21-3. The 31-10 rout shed more light on the glaring issue in Pittsburgh.

“It was like all hell broke loose,” a demoralized Cameron Heyward said after the defeat and referring to the big plays Pittsburgh allowed on defense.

The defense at times has been stingy, allowing only 337 yards per game. That ranks the Steelers’ 12th overall in the NFL. Unfortunately for Pittsburgh, the scoreboard doesn’t record yards it records points and that is where the Steelers have struggled. Nearly creeping into the dreaded top ten for the leagues worst the Steelers’ rank 12th overall in points allowed with 23.2 points per game. Big plays at crucial moments have led to their 3-3 record.  Pittsburgh’s defense needs to be addressed. Here are three of the top players from the NCAA who could help them on that side of the ball.

Landon Collins, SS Alabama  – Eight-time Pro Bowler Troy Polamalu is nearing the end of his Hall of Fame career. Polamalu, the player tied for second-most defensive touchdowns (regular season) in franchise history, will be 34 years old roughly two weeks before the 2015 NFL Draft. Playing the run and timing the snap to get the jump on the offensive line is still a prominent aspect of Polamalu’s skill set. It’s the lapses in coverage and diminishing speed to still stay with the leagues best receivers and tight ends where Polamalu is a shell of his former self. The Steelers need to get younger and faster. Collins has seen action at both strong and free safety, bringing another generation of Pro Bowl play if he lives up to his billing as the top safety in 2015. Alabama has been a pipeline over the last few years for needy NFL teams looking for help in the secondary, especially in the first round. In 2012 the Crimson Tide had two such players (Mark Barron and Dre Kirkpatrick) drafted in round one. In 2013, Dee Millner was drafted in the first round. In 2014, Ha Ha Clinton-Dix heard his name called to the podium in round one. Collins’ athleticism and physical nature are second to none among the 2015 draft class. Barring injury Collins will be the fifth player from Alabama’s secondary drafted in the first round over the last four years. The history of having Mel Blount to Rod Woodson and Troy Polamalu is a staple to the Steelers’ defense. Adding an elite safety like Collins shouldn’t be a hard trigger to pull in Pittsburgh.

Marcus Peters, CB Washington – Currently, Peters projects as one of the top prospects at the position. Long and physical are the way the Steelers prefer their defensive backs and Peters fits the mold perfectly. At 6’1 and 198 pounds Peters’ will be a welcomed addition for the Steelers’ secondary. Ike Taylor is 34 years old, and the time to find an eventual replacement is ticking away for Pittsburgh. Opposite Taylor is the emerging Cortez Allen, but he alone isn’t enough to mask the issues that need to be solved in the secondary. Adding another prospect with the potential to be elite is where Pittsburgh must go in 2015. Last week against the Cleveland Browns Brian Hoyer completed eight of his 17 pass attempts. The alarming result is five of Hoyer’s eight completions went for 24 yards or more, showing the gaping holes in the secondary of the Steelers’ defense. The word execution echoes out of the locker room in Pittsburgh, but at some point the talent of the players executing the plays must come to light.

Andrus Peat, OT Stanford – Pittsburgh’s recent rash of injuries over the last few seasons surrounding the offensive line will not make the Steelers shy away from a guy like Peat. The jury on right tackle Marcus Gilbert is still outeven after a contract extension that keeps him in Pittsburgh through 2019. Opposite of Gilbert, left tackle Kelvin Beachum has been one of GM’s Kevin Colbert’s best picks. Drafted in the seventh round Beachum is now the guy protecting their franchise quarterback Ben Roethlisberger. Peat however, is freakishly agile for a guy at 6’6 and 312 pounds. He would provide an upgrade to the pass protection and at worst depth to the offensive line.

Cowboys to dock Randle for shoplifting